As the Museum is just weeks away from the opening of our newest exhibition pavilion, Campaigns of Courage: European and Pacific Theaters, we turn our donor spotlight on the generous supporters who contributed to our Road to Victory Capital Campaign over the years, pushing us closer to our $325 million goal!

Jamey and Judy Clement of Dallas, TX have been proud supporters of the National WWII Museum since 2012. Their first experience with the Museum was through their friend Walter Negley who became part of the Museum family after Hurricane Katrina. Walter invited Jamey to the grand opening ceremonies of the Solomon Victory Theater complex and the premiere of the Museum’s signature attraction Beyond all Boundaries, the award-winning 4-D film featuring Tom Hanks. It was then that the Clements got their first taste of the very special nature of this Museum, and they have since been back to New Orleans many times to visit. 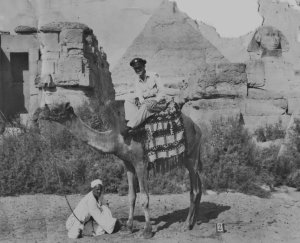 Both Jamey and Judy come from very patriotic families. Each of their fathers served in WWII, as did Jamey’s uncle. Jamey’s father, Jim Clement, was a member of the 107th Artillery of the 28th Division of Pennsylvania National Guard. He and his unit followed the D-Day invasion landing eight weeks later moving through the French countryside until he was injured and returned home. Judy’s father, George Beggs III, was in the air corps in Benghazi, servicing airplanes for the Italian Campaign. Jamey’s uncle, John Larkin, was a forward observer in Germany, and was unfortunately killed in Dortmund, Germany scarcely a month before the end of the war.

Jamey’s two sons are also in the military. One is a 2nd Lt in the USMC Reserves after completing a tour in Afghanistan with the 2/7 Marines and the other is an aviator and a Captain in the Marines. Jamey states that “any interest I have in WWII and the military history was heightened by their enlisting and willingness to serve.”

Jamey’s grandfather, Martin W. Clement, was the 11th President of the Pennsylvania Railroad, and was responsible for improving troop movements in the US. By the end of WWII, the Pennsylvania Railroad controlled more than 20 percent of American passenger traffic and 11 percent of freight traffic, making it a significant hub for the transportation of American troops and production.

Jamey notes that his father did not discuss the war very much when he was growing up. Before his death in 1994, Jamey asked his father to write down his experience in the war so that there would be some documentation of his time spent in France. It was the content of Jim Clement’s three-page letter describing his experiences after D-Day that sparked the Clements to name the “From Normandy to Berlin” exhibit in the Louisiana Memorial Pavilion. 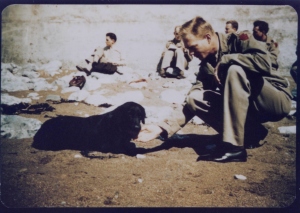 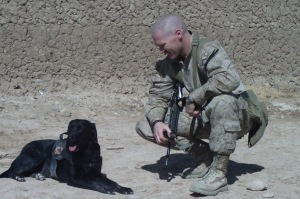 Jamey’s fondest memory of his time with the Museum was the recent 70th anniversary D-Day cruise. He said that not only was the trip professionally organized but, on the last day, a Museum guide used the letter from his father to take the Clement family on a journey following his father’s footprints. The Clements blazed a trail through Normandy, retracing the steps of Jim’s unit from the Beaches to Gathemo, the hill on which the guide believed Jim was injured. Jamey states that it was an incredibly special experience to share with his family.

Jamey and Judy cite the reason that they give to the Museum is the superior quality and professionalism of the staff and campus. In addition to the many conversations with Hugh Ambrose concerning the mission of the Museum, Jamey stated that “all [his] encounters have been first rate, not to mention the people…the list is really too long. It goes from [President] Nick to Stephen Watson to the entire staff (e.g Mike Carroll, Peter Boese, Karen Wibrew, Molly Bergeron, Carrie Corbet, et. Al) , the speakers on the [Normandy] trip, to the few Board members I’ve met…they are all generally good people and a pleasure to be around.”

The Museum is exceptionally grateful for the commitment and generosity of Judy and Jamey Clement in helping the Museum complete our Road to Victory.

How to Give a Gift that Gives More This Holiday Season Home Front Friday: Thanskgiving