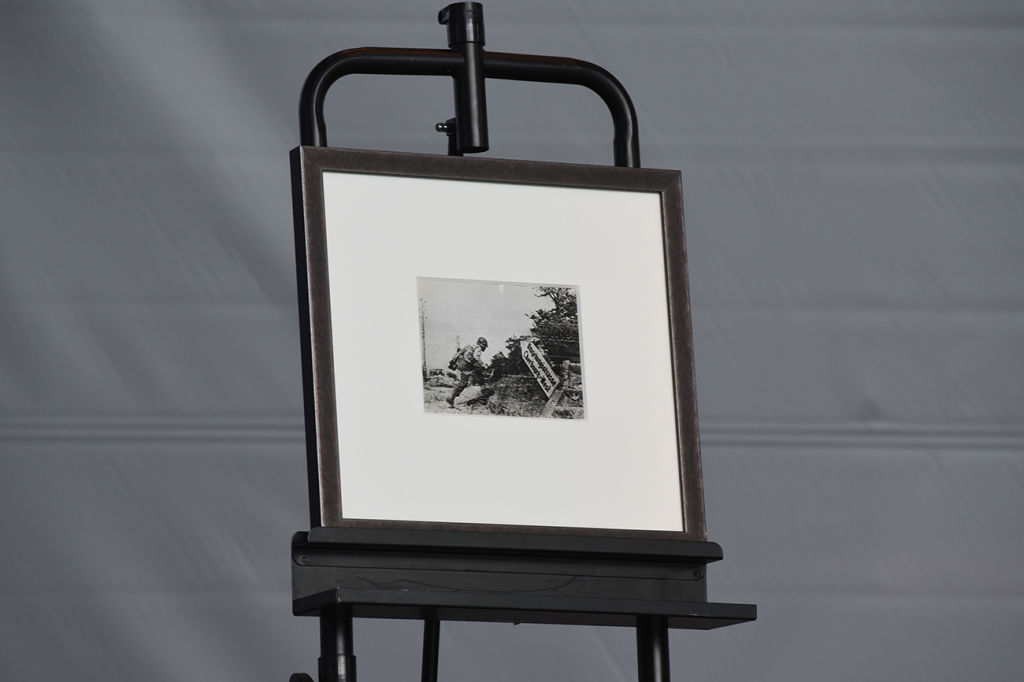 Some say a picture is worth a thousand words, but the newest donation to our collection speaks much more. Thanks to a generous gift from David and Tiffany Oestreicher, the Museum now possesses an original silver gelatin print from famous Hungarian-born war photographer Robert Capa’s coverage of the Invasion of Normandy. This new addition tells an intimate story of war in the signature style of a remarkable talent.

Born October 1913 in Budapest, Capa began his photographic career in Berlin during the early 1930s. Known for redefining wartime photojournalism with his up-close perspective of troops in conflict, he created some of the most poignant and memorable images of the five wars he captured up to 1954, when he was killed on the field while covering the First Indochina War.

The photograph donated to the Museum by the Oestreichers, entitled “American Troops Approaching Cherbourg, France,” depicts a scene on June 26, 1944—three weeks after the Americans’ D-Day landing during World War II—of an American soldier leaping towards a hedgerow with a rifle in hand as he dodges enemy sniper bullets. It is an 8″ x 10″ silver gelatin photo printed July 7, 1944, that includes the original wire service caption and label on the photo’s backside.

The addition of this photograph to the Museum’s collection is not only exciting for the Museum; it is a great contribution to the collection of culture in New Orleans.

How the photograph made its way to the Museum is an interesting story: While on a family trip to London, New Orleans attorney David Oestreicher and his wife stumbled upon a gallery exhibit of Capa’s photos and wondered if The National WWII Museum had any in its collection. He said, “I thought it would be a neat surprise for my wife as a gift for Mother’s Day – a great gift for her, do a small thing for the city and a great thing for the Museum. I’ve long admired the Museum as a great addition to New Orleans’s cultural landscape.” He secretly purchased the photograph and presented it to his wife, who in turn joined him in donating it to the Museum.

Together David and his wife, Tiffany, seek to put the city of New Orleans on the map as a cultural mecca for the visual arts. Through their involvement and leadership in the New Orleans Jazz & Heritage Festival and Foundation and the New Orleans Ballet, they have further projected those ambitions. The Museum is honored to have been touched by the Oestreichers’ generosity and thrilled to have this “rare glimpse of the drama of the Normandy campaign,” as the photo’s caption states, by a legendary photojournalist. 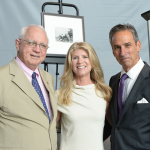 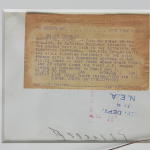 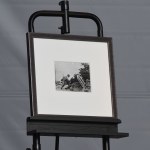