Looking Back on Victory in Europe: Normandy Tour September 2014

This past the September, The National WWII Museum hosted a travel tour rediscovering the continent where the Allies saved the world. Hear from Museum’s Assistant Director of Collections & Exhibits Toni Kiser about her experience on the trip below.

Learn more about the Museum’s travel programs on our website, www.ww2museumtours.org. 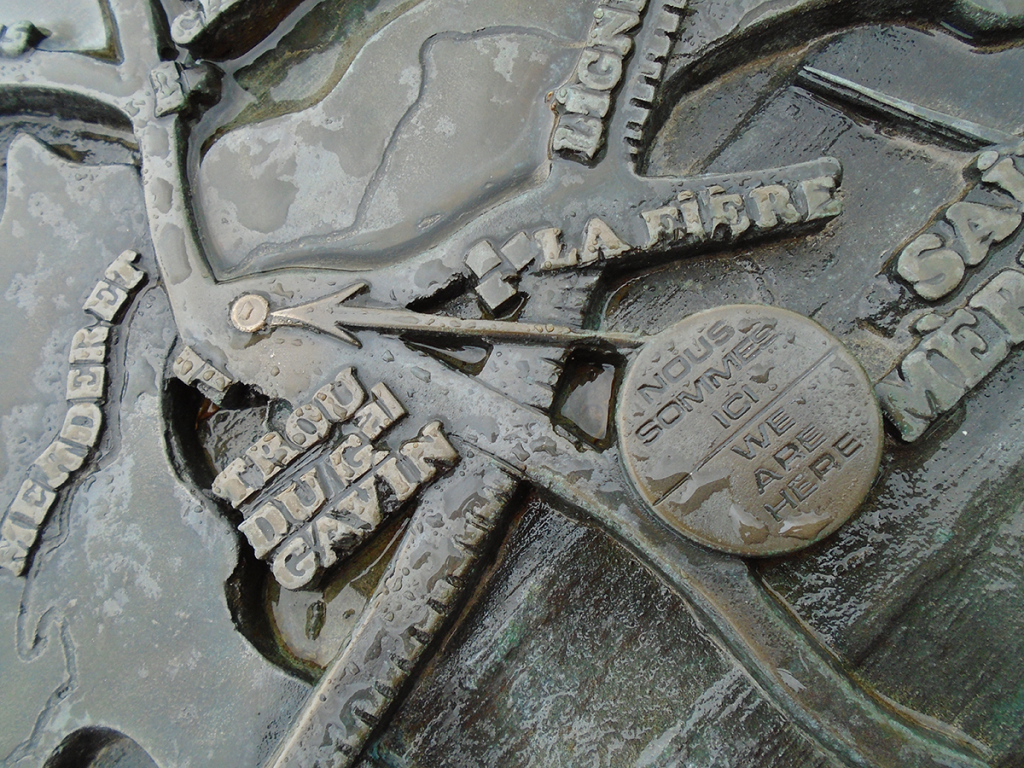 I have recently returned from a great tour of London, Southern England, and Normandy as the museum representative on our recent Victory in Europe Normandy Tour! Part of what made this trip so special was that best-selling author Alex Kershaw (The Bedford Boys, The Longest Winter, The Liberator) came along as the tour historian.

Our trip started with us gathering in London and setting off for a full day of touring on September 9th. Our first stop was Grosvenor Square to visit the Roosevelt and Eisenhower statues. Ike’s headquarters during World War II on this square and it was then nicknamed “Eisenhower Platz.” 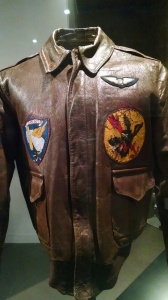 A WWII Flight Jacket on display at the Imperial War Museum in London.

The best part of the day though had to be our stop at the newly renovated and recently reopened Imperial War Museum. They were closed for several months to renovate their galleries in anticipation of the centenary of the World War I. The museum was an amazing experience; the new World War I gallery was packed with artifacts, digital interactives, and the personal stories of World War I soldiers. The World War II section featured some great items as well. I particularly like this flight jacket they had on exhibit.

We ended the day with a trip to the Churchill War Rooms where we were given a special behind the scenes look and presentation by Phil Reed who was instrumental in the opening of the War Rooms to the public. We continued our look into Sir Winston Churchill on September 10th with a trip to his home, Chartwell. Although, its three ponds made it too easy of a target for the Luftwaffe during the war Churchill still considered this his home. He said of his home, “A day away from Chartwell, is a day wasted.” I was struck with be the beauty of the English countryside and imagine that he must have felt very peaceful there. I loved this chair situated next to a pond of goldfish where Churchill was said to often sit.

Our last day in England then, became all about Dwight D. Eisenhower. We started our day with a drive to Southwick House where the original map coordinating the D-Day landings is still located today. This is where Ike gave his iconic, “Okay, let’s go” command. Then we popped over the Portsmouth D-Day Museum to view the Normandy Tapestry and learn about how the town of Portsmouth helped to prepare for the D-Day invasion. 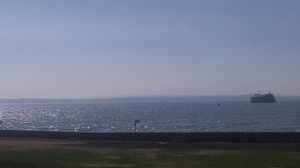 View of the Solent Straight from Portsmouth, England.

Then our group boarded the Brittany Ferry to take us from Portsmouth, England to Caen, France. So just like those soldiers and sailors of D-Day, we too made a Channel crossing. However, in much calmer seas and more creature comforts along the way!

September 13th began our tour of Normandy with a stop at Pegasus Bridge. As luck would have it on this Saturday morning the bridge was raised while we were there to allow a few pleasure craft to pass through. It was so exciting to see it in action!

We continued that day with stops at the Ouistreham Bunker (of which the museum has a replica in our galleries) and Hillman Battlefield. Then we went to the seaside town of Arromanches to see the remnants of a Mulberry Harbor “B” and tour the Musee du Debarquement. 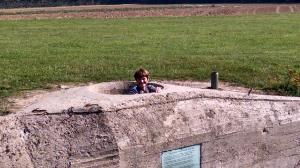 Our day ended with a visit to the Ryes British War Cemetery. Here, tour historian, Alex Kershaw gave us the story of the Casson brothers buried next to one another. The museum laid flowers at their grave and took time for our group to pay respects to the soldiers and sailors buried there.

After a tour of the British exploits at Normandy it was time to turn to the Americans. Our first stop on September 14th was Chateau de Bernaville where we learned the story of the first German General killed in the Normandy invasion. General Wilhelm Falley was killed in the wee hours of the D-Day invasion by paratroopers from the 82nd Airborne Division. He had set up his headquarters at the Chateau in early 1944 and was in his staff car returning to the Chateau when the paratroopers encountered the car and were able to barrage the car with gunfire and ultimately kill Falley.

The battle for the bridge at La Fiere is just minutes away from the Chateau and we stopped there on our way to Ste-Mere-Eglise to visit Iron Mike and understand the importance of the bridge.

We then toured the Airborne Museum in Ste-Mere-Eglise as well as the church, learning the story of paratrooper John Steele of the 505th Parachute Infantry Regiment. Then we drove on the Brecourt Manor to hear the story of Dick Winters and the destruction of a German artillery battery located on the property. Then we were off to visit Utah Beach and the Utah Beach Museum. We ended the day with a quick stop at the church in the little village of Angoville-au-Plain, learning of the efforts of the story of the medics of the 101st Airborne and the soldiers they treated. 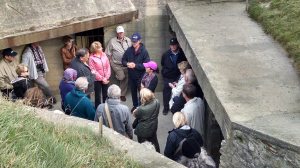 September 15th brought clouds, but lucky for us, no rain. We trekked the cratered landscape of Point-du-Hoc, and explored one of the German fortifications still there.

We continued with a visit to Omaha Beach, where Alex walked us through the last steps of many of the young men from Bedford, Virginia who made up the 116th Infantry Division landing on bloody Omaha.

We then went to the Normandy American Cemetery where many of those 116th Infantry Division soldiers are buried. At this cemetery over 9,000 American service men and women are laid to rest for the sacrifices they made not just on D-Day, but as part of the many operations to liberate Europe from the Third Reich.

Our final day together started at the Memorial de Caen, and then took us on a drive through the French countryside to Montormel to see the valley where, with the help of Polish troops we were able to close the Falaise Gap. Although, not a completely successful venture (it’s estimated that 50,000 German were able to escape the pocket, leaving us to fight them again later) the closing of the gap meant the end of the battle for Normandy. And then, like many American soldiers we finished our Normandy journey with a night in Paris. 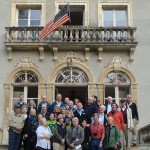 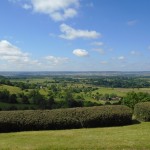 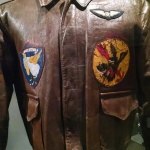 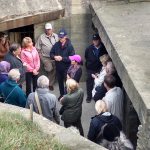 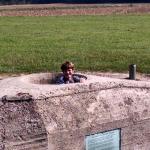 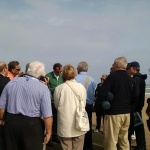 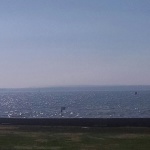 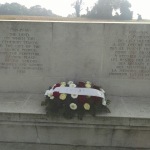 Flowers laid on the graves of the Casson brothers in the Ryes British War Cemetery. 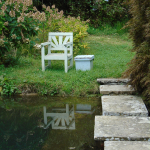 A glimpse into Chartwell, Winston Churchill's beautiful English countryside home. Churchill often sat in this chair next to this pond of goldfish. 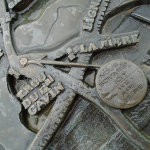 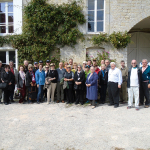 The tour group at Brecourt. 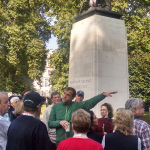 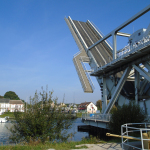 Pegasus Bridge in its up position.