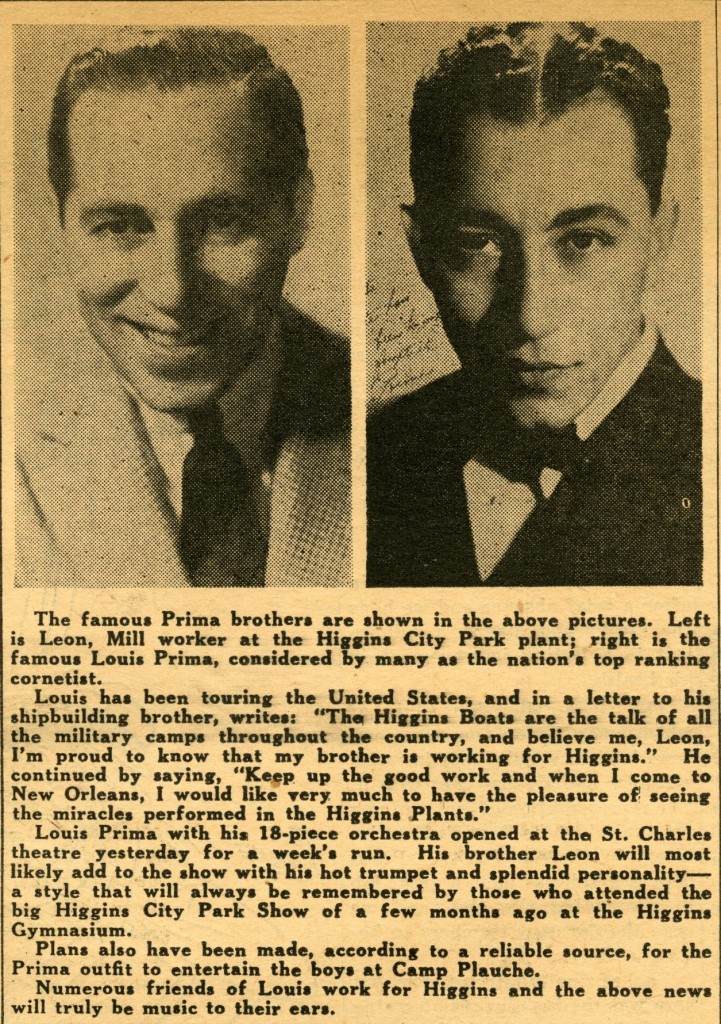 The Prima brothers from New Orleans, Leon and Louis, were featured in the 8 September 1944 issue of The Higgins Worker, when Louis traveled through New Orleans on tour. Louis Prima had gained success in the 1930s as jazz vocalist, trumpeter and bandleader. During the war, Louis continued to enjoy popularity, despite the overt Italian themes in his music (his hit “Angelina (Waitress at the Pizzeria)” was released in 1944). His older brother, Leon Prima, also a musician of some note, was employed at Higgins Industries as a mill worker.

SciTech Tuesday: What do gumbo, fighter planes and Hawaii have in common? Saturday Family Workshops Back in Session at the Museum