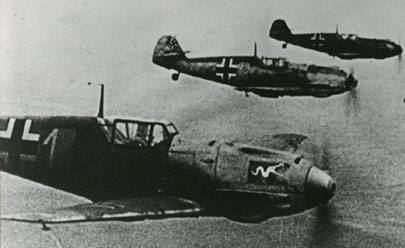 This week on the Countdown to Road to Berlin we are taking a quick break from walking you through the galleries to highlight the Messerschmitt Bf 109. This German airplane is suspended the Atrium of Campaigns of Courage: European and Pacific Theaters, and can already be seen by Museum visitors passing by as they anxiously await the pavilion’s grand opening this December. 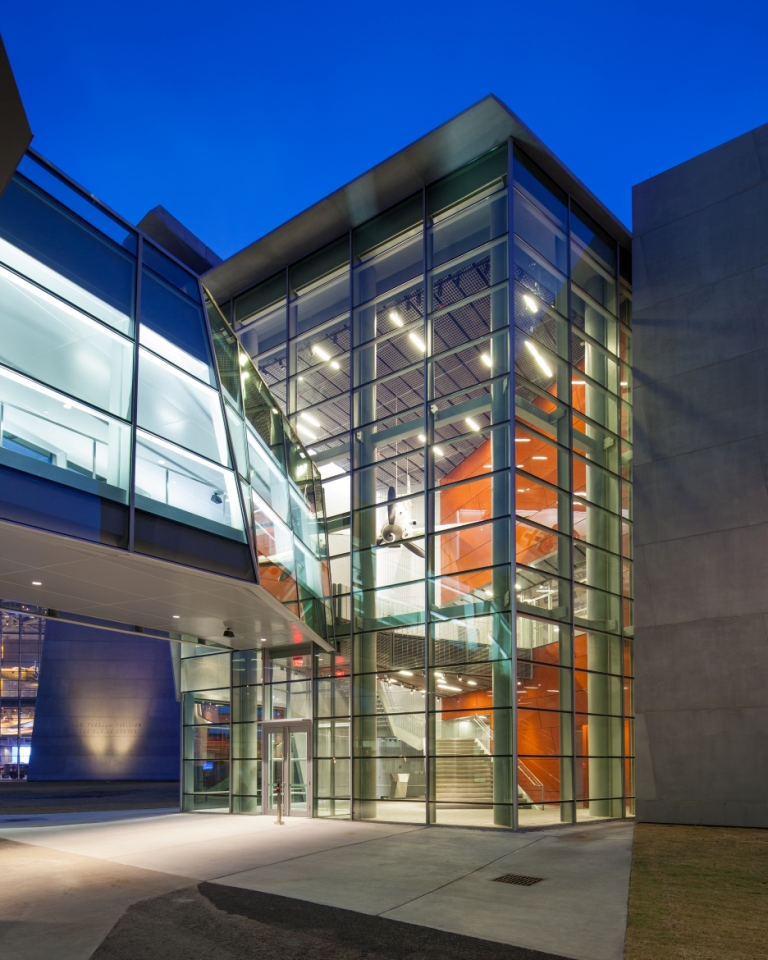 Atrium within Campaigns of Courage: European and Pacific Theaters

The story of the European Theater of World War II cannot be told without discussing the Messerschmitt Bf 109. Also known as the Me-109, the Messerschmitt Bf 109 was the most produced fighter aircraft in history and was flown by the top German fighter aces of World War II. With a range of 621 miles and a maximum speed of 398 miles per hour, it was a formidable foe for allied air forces. The US Army Air Corps engaged in countless air battles with the Bf 109 while on bombing and reconnaissance missions over Europe. Undoubtedly the major threat that the 9th Air Force and its B-26 pilots faced daily was from such German fighter planes. Faster and more maneuverable, the Bf 109 offered fierce opposition to the B-26, which had a maximum speed of only 282 miles per hour.

This plane will “dive” toward you both virtually and acoustically, creating the sensation that one is under attack by the Axis enemy, and sounds of the Messerschmitt flying will encompass you as you enter the Atrium. A “Fly Boys” interactive feature will also allow you to explore the plane’s cockpit.

Next up- The Battle of The Bulge gallery.