Rendering of what the Breaching the German Frontier gallery will look like within the Road to Berlin.

The next stop within the Road to Berlin will bring to life another vital aspect of the WWII story – the German Siegfried Line, a network of bunkers, minefields, and barbed wire built into hilly terrain. After the failure of Market Garden, the Allied advance ground to a halt as it encountered the Siegfried Line.  This gallery mimics the interior of a blown-out German bunker, allowing you to see the infrastructure employed by the Germans in defense of their homeland.  The gallery’s content focuses on the stories of the Allied advance into Germany, including the capture of Aachen, the first German city to surrender, while also foreshadowing the many battles that still lay ahead for the American forces.  Once the Allies managed to penetrate sections of the Siegfried Line, their spirits were high and many hoped to be home by Christmas.  These hopes were shattered by Hitler’s final counter-offensive in the West, which became the Battle of the Bulge, the costliest land battle of the war for the Americans. 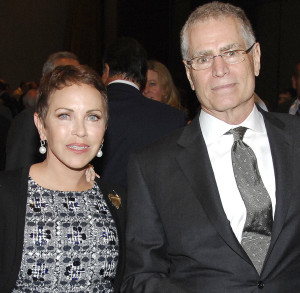 The Breaching the German Frontier Bunker gallery has been made possible through a generous gift from The Ashner Family Evergreen Foundation. The Foundation was started 12 years ago by Museum Trustee Michael Ashner and his wife Susan to better coordinate their philanthropic efforts. Michael and Susan are both from South New Jersey. Michael grew up in Margate and Susan in Pleasantville.

The Ashners have been involved with the Museum since 2011, when Ginny and former board member David Knott mentioned to them that there was The National WWII Museum in New Orleans. David shared stories of his involvement, and asked Michael if he too wanted to become involved with the Museum. Shortly after their discussion Michael took on a leadership role, joining David on the Board of Trustees. 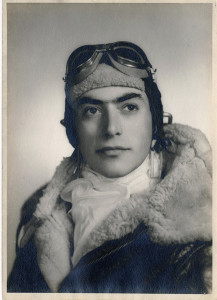 Michael and Susan’s decision to demonstrate personal support for the Museum was also influenced by their family connections to the war effort. Michael’s two uncles, Morton Hassman and Jules Rainess, both served during WWII. Morton was a glider pilot and was killed in Operation Varsity, a massive airborne assault near the end of the war that landed Allied forces across the Rhine. Jules was in the US Army and served in the difficult New Guinea campaigns. Fortunately, he survived his combat tour.

Jules was reserved in discussing his wartime experiences. “He was a big man at six feet two inches tall,” Michael said. “When he enlisted he weighed 180 pounds. When he came back from New Guinea, he was down to 120 pounds.” Michael and Susan have named the Breaching the German Frontier Bunker gallery within the Road to Berlin in honor of the service and sacrifices of Michael’s uncles. 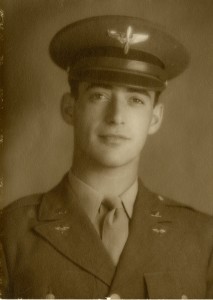 Michael said he and Susan support the Museum because they “believe the cost and sacrifice of protecting our freedom and liberties needs to be shared with both current and future generations. We also believe the world should understand how strong a free citizen military can respond when provoked.” They feel that all who visit the Museum “cannot help but come away with some level of appreciation for the contributions that American soldiers and civilians made during WWII. I encourage everyone to visit the Museum and bring their friends and family. Each time I go there I enjoy it more and the people I bring enjoy it also.”

Museum President Gordon H. “Nick” Mueller said the institution “has always turned to its national board for leadership and support, and we are inspired by the generosity of Susan and Michael Ashner. The Breaching the German Frontier gallery that they are sponsoring in our new pavilion will bring to life the story of the daunting challenges faced by our citizen soldiers even during the final phases of the war in Europe.”

Michael also recently began his second three-year term on the Museum’s Board of Trustees. The National WWII Museum is extremely grateful for Michael’s leadership on the board and for Michael and Susan’s strong show of support for the Road to Victory capital campaign.

New Digitized Yearbooks in Time for Back to School! Last Chance for Special Exhibit Field Trip!