This June, the Museum will be taking four D-Day veterans back to the shores of Normandy, France to partake in the 70thAnniversary of D-Day commemorations. During their time in Normandy, they will revisit the battlefields where they were stationed and will be honored with other veterans at the 70th Anniversary French and American Ceremony at the Normandy American Cemetery. These veterans will also share their war stories with those aboard the Museum’s 70thAnniversary of D-Day Cruise in a Veterans Panel monitored by NBC’s Tom Brokaw.

Meet Darold Rice of the 359th Reg., 90th Div., who landed on Utah Beach and fought in the Faliaise Gap on that fateful day that brought the Allies closer to victory who will be traveling with the Museum this June. 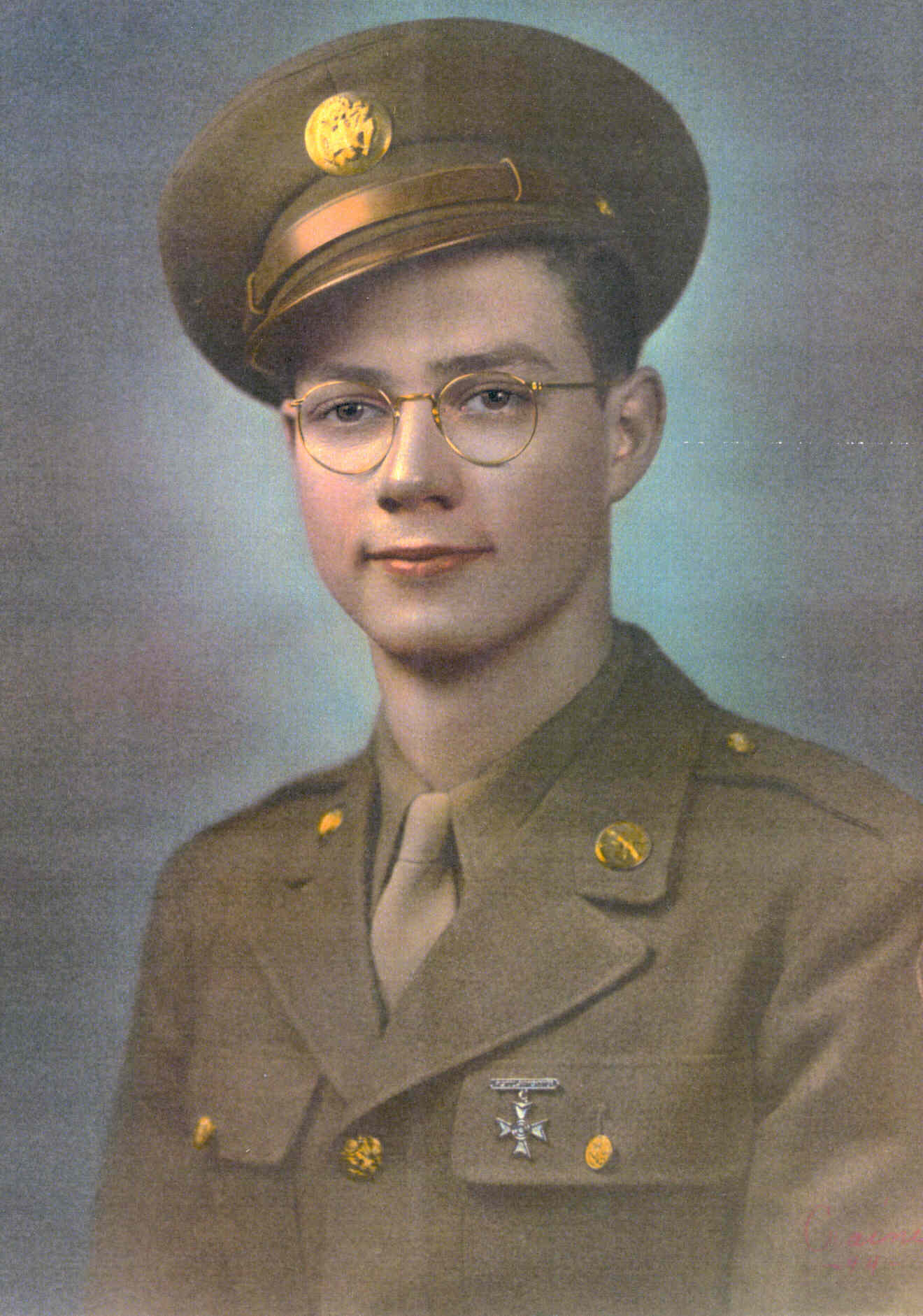 Darold Rice grew up in Flint, Michigan.  He registered right when he turned 18, in July 1943.  Less than one year later he was landing at Utah Beach on D-Day.  He served as the ammo bearer for a water-cooled machine gun in “D” Company of the 359th Regiment.

Due to the losses incurred during “Exercise Tiger,” Darold’s unit was attached to the 4th Infantry Division for D-Day and landed in the late afternoon of June 6th.  Upon landing, they began to make their way to Ste. Mere Eglise to link up with the paratroopers.  He was involved in heavy fighting on Hill 122 near La Haye-du-Puits then his unit swung east to help trap the Germans in the Falaise Gap.  He had a “ring-side seat” for the battle for Chambois as his unit overlooked the town in August 1944.