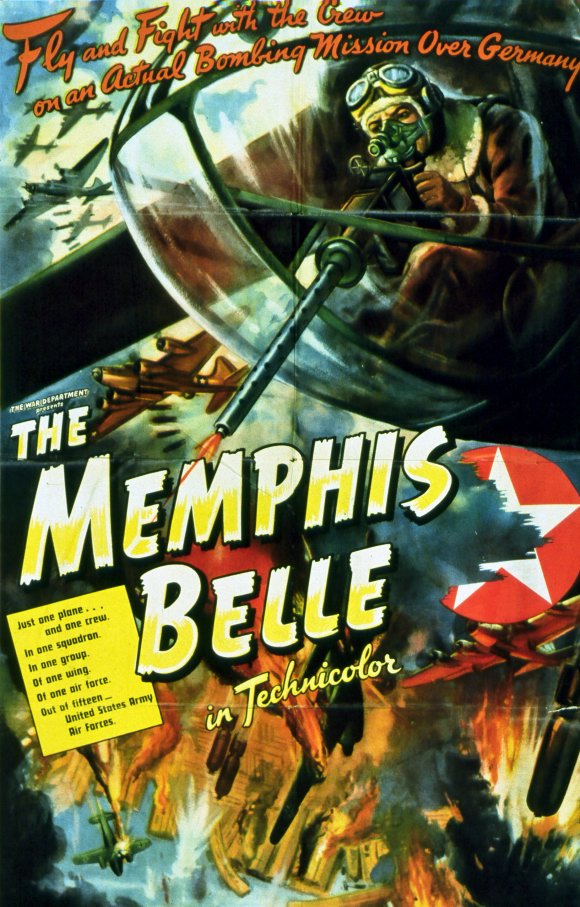 On this day 70 years ago, Paramount Pictures, in conjunction with the First Motion Picture Unit, released The Memphis Belle:  A Story of a Flying Fortress.  Directed by legendary Hollywood perfectionist William Wyler while the director was serving in the United States Army Air Forces and shot in striking 16mm technicolor, The Memphis Belle for the first time brought actual combat-shot aerial battle footage to audiences at home in the United States.

Though the film alleged to document the 25th and final mission of the crew of the B-17 in its title, filming between January and May of 1943 was actually conducted aboard a number of different Flying Fortresses of the 8th Air Force.  Employing revolutionary filming techniques which included cameras mounted in the plane’s nose, tail, right waist and radio hatch positions, the results of Wyler’s work clearly showed both the dangers and heroism of America’s daylight bombers.

Despite the great risks associated with bomber missions, for the entire duration of the filming, Wyler and his crew personally oversaw the project aboard and alongside the B-17 crews; Wyler himself would lose much of his hearing due to the concussive explosions of anti-aircraft flak.

Both critically and popularly acclaimed at the time, The Memphis Belle proved a huge hit and today is preserved for its cultural significance within the National Film Registry.  Click below to watch The Memphis Belle:  A Story of a Flying Fortress in its entirety.