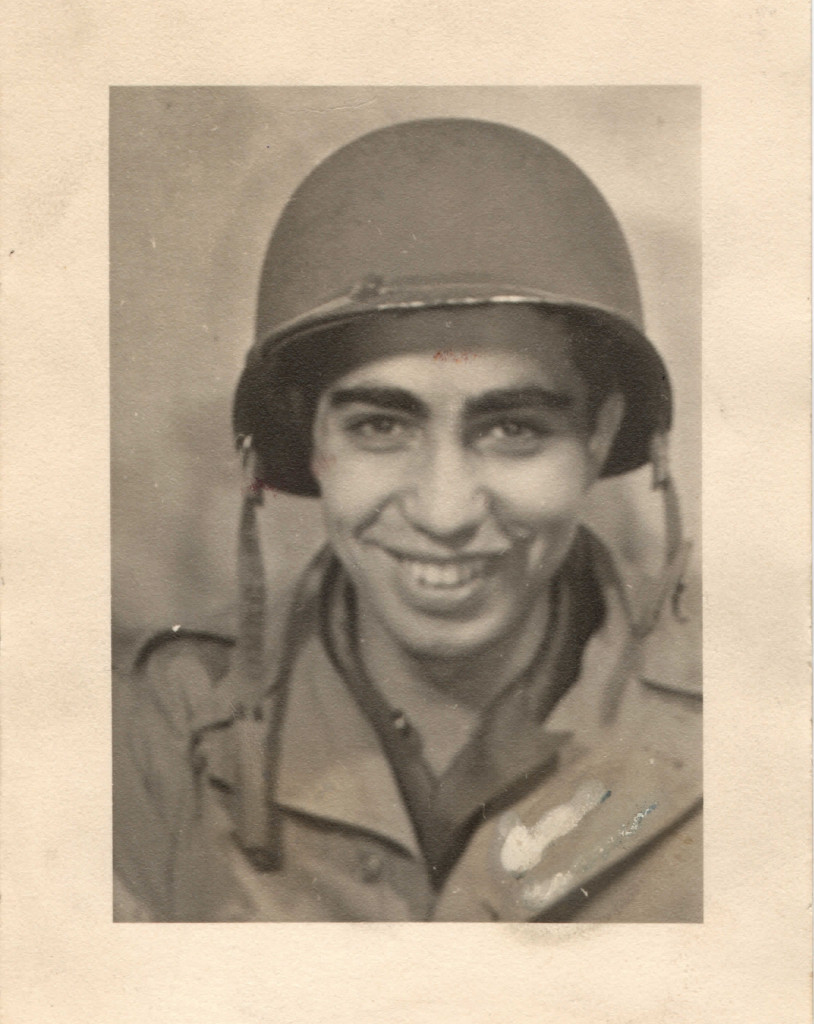 Meet D-Day veteran Cosmo Uttero, of the 175th Reg., 29th Div., who landed on Omaha Beach, who will be traveling with the Museum this June to Normandy.

Cosmo Uttero of Wellesley, Massachusetts joined the Army in June 1943 at the age of 17.  He was assigned to Ft. Devens, Massachussetts and then went to Camp Croft, South Carolina for basic infantry training.  After finishing training in 16 weeks he went straight overseas on the Queen Elizabeth, landing in Scotland in November 1943 where he was assigned to the 29th Division.  From there he shipped down to Cornwall, England where he and his unit were told that they would be the spearhead of the invasion.  They trained along the English coast until 10 days before D-Day, when he was sequestered in preparation for D-Day.

On June 4th his ship sailed for France, but had to turn back due to bad weather and the invasion being postponed for one day.  On D-Day, Uttero’s unit was not set to land until the day after but the horrific losses suffered by the first waves of the 29th Division forced his unit to go in at Vierville-sur-Mer around 12:00pm on June 6th.  Dealing with seasickness onboard the landing craft, Uttero wondered what it was going to be like dying, but his seasickness made him feel like dying would’ve been the lesser of two evils.

Unloading in neck-deep water, Uttero made his way to the beach after jettisoning all of his gear.  As soon as he reached the beach he retrieved a rifle from one of his fallen comrades and made his way forward to the high ground overlooking Omaha Beach.  After making it to the top of the bluffs, he made his way to a small building, having a chance to look back at all of the dead men and burning and wrecked vehicles down below.