On Saturday, March 22, 2014, over 220 middle and high school students from five parishes in the New Orleans area competed in the New Orleans Regional History Day Contest. For these students, the Contest was the result of many months of researching, writing and perfecting their work on a historical topic of their choice. Judging panels evaluated student projects in five different formats—exhibit, research paper, performance, documentary and website. Students had the option to compete as individuals or in groups that could include up to four of their peers.

The 2014 Contest theme is “Rights and Responsibilities in History,” and this led to projects analyzing a wide range of topics such as child labor, Japanese American internment during WWII, the Civil Rights Movement and the military draft.

Several projects stood out for their primary source research, including an exhibit on the treatment of individuals with Hansen’s Disease (formerly known as leprosy) by Hannah Adams from New Orleans Charter Science and Mathematics High School. A documentary on human rights in Bosnia and Herzegovina by Sebina Hajarevic, Admir Hajarevic, Selma Omerbasic, Mahmut Alagic and Demir Hajdarevic from Adams Middle School in Metairie, LA proved very powerful. Kelsey Billiot from St. Bernard Middle School in St. Bernard, LA impressed the judges with her exhibit on The Trapper’s War, a 1920s St. Bernard Parish Land rights dispute that turned violent.

Students placing in the top four places in their categories advanced to the Louisiana State Contest to be held at The National WWII Museum on April 12. The top two entries in each category from the State Contest advance to the National Contest held at the University of Maryland from June 15-19, 2014. 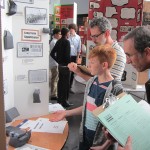 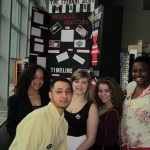 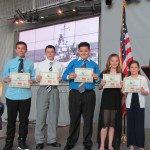 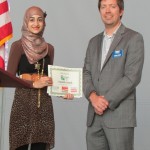 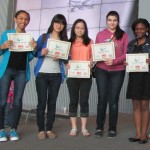 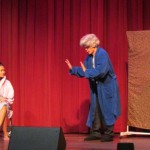 Rosa Parks: The Mother of the Civil Rights Movement

Human Rights in Bosnia and Herzegovina During the Bosnian War

Viewer Discretion is Advised: Rights & Responsibilities of the Movie Industry

Exiles in Their Own Country

The Rights of the LGBT Community

I’m in the Army Now: Women’s Rights and Responsibilities in the Military

Life Behind the Veil: Muslim Women in Pakistan

Game On or Game Over: Brown v. Entertainment Merchant’s Association