In early January 1944, Operation Carpetbagger began. An Allied effort to supply resistance fighters in Europe with weapons and supplies, Operation Carpetbagger required precision aerial delivery. Based in England, the 801st Bombardment Group, later re-designated as the 492nd Bombardment Squad, conducted this covert operation using the Consolidated B-24D Liberator. Flying alone into the heart of German occupied Europe, the clandestine aircraft were modified to drop cargo and parachutists at low altitude.

Stealth and speed were essential to Operation Carpetbagger, reflected by the modifications made to unit planes.  The bombers were painted glossy black to evade searchlights, armaments were removed, blackout curtains replaced the waist guns and cockpit side windows were extended to improve pilot and copilot visibility. Because planes flew at low altitude, oxygen delivery systems were unnecessary and removed to reduce weight. The ventral ball turret was replaced with a cargo hatch nicknamed the “Joe Hole,” through which parachutists and supplies were dropped.

Carpetbagger crews consisted of skilled airmen experienced in navigation using visual cues and dead reckoning. Flying on moonlit nights at 500 feet, pilots and navigators relied on careful calculations and acute visual recognition to identify the target. From January 1944 through May 1945 the Carpetbaggers completed 1,860 missions, delivering over 20,000 containers, 11,000 packages and 1,000 airborne troops to aid resistance forces in enemy territory. 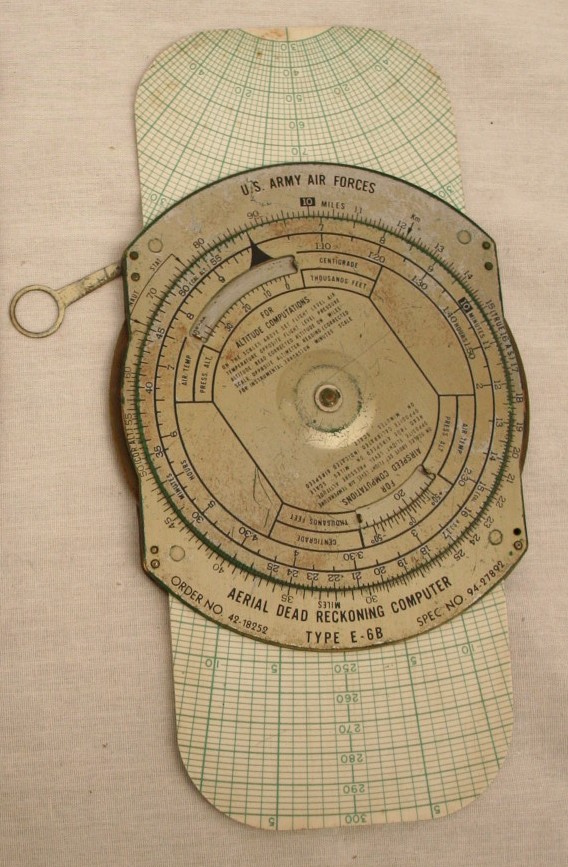 E-6B Flight Computer used to account for changes in air density and wind when calculating flight time. Gift in memory of Nash Roberts, 2011.378.002