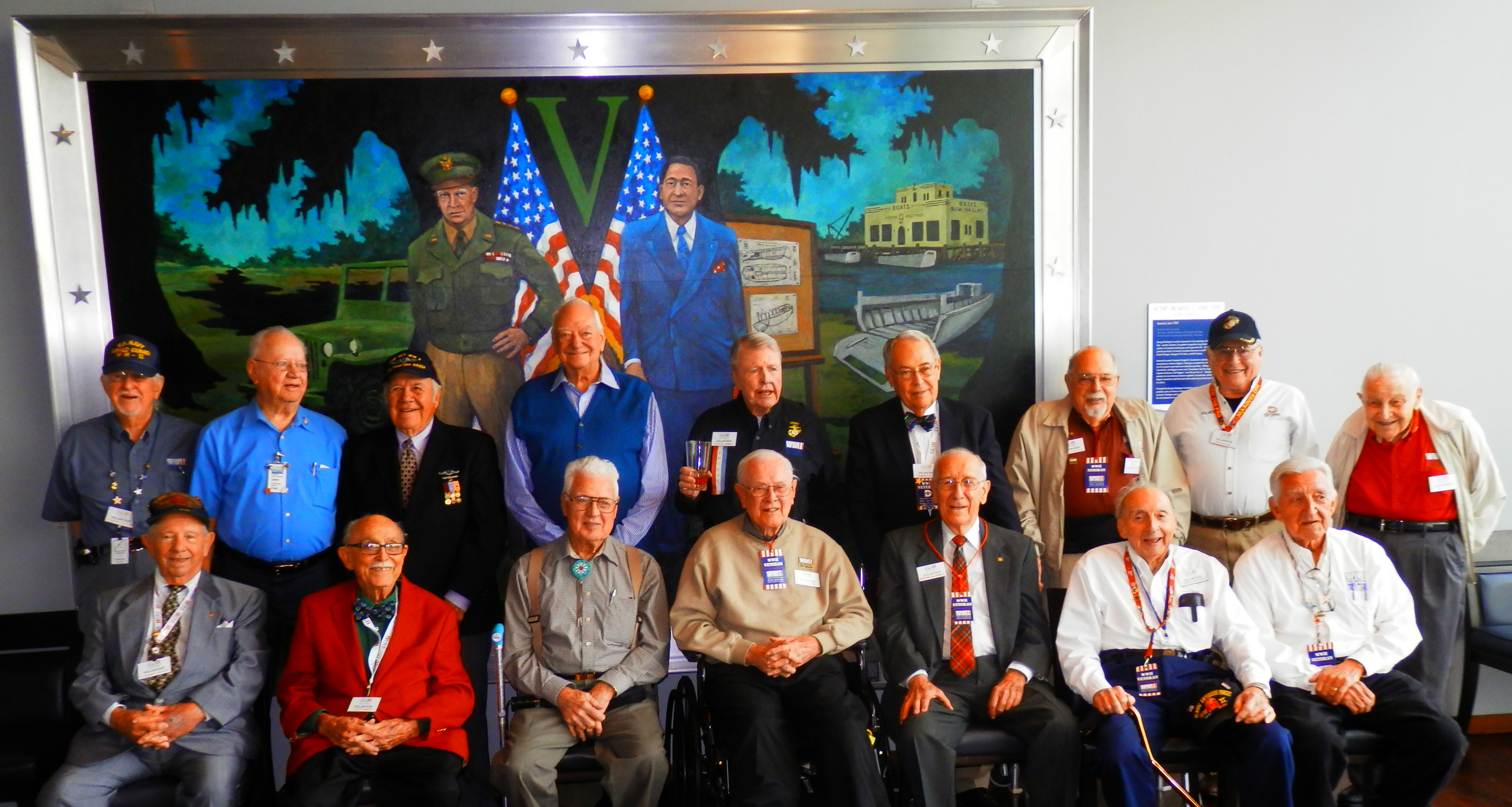 They are the living connection to the war experience. For the National WWII Museum and its visitors, the WWII veterans who volunteer their time, sharing memories and insights, are golden.

But those who can still donate their time are dwindling in number as their celebrated generation gradually fades from the scene. Only one of every 16 Americans who served is still living.

“These people bring it to life,” said William Detweiler, the Museum’s consultant for military affairs. “They don’t brag about what they did. They’re the connection – their stories.”

The Museum still has 31 WWII veteran volunteers on its rolls, down from a high of roughly 100 soon after the institution opened in 2000. A good representation – 16 from the beloved 31 – came to the American Sector on Wednesday, December 4, to enjoy a tribute lunch with President & CEO Nick Mueller and others. (Two of our most well known veteran volunteers, Bert Stolier and Tom Blakey, were away at a Rotary Club speaking engagement.)

The luncheon crowd had a rousing good time. Then the elderly volunteers proudly lined up for a picture – and nearly brought the restaurant to a standstill, as onlookers grabbed cameras. One of them so moved, American Sector bartender Billy Vincent, said later, “The time to honor them is short.”

The Museum salutes these special volunteers and all they represent!

Footlocker Friday: “Getting a hold on the war years” Remembering Pearl Harbor with a Special Webinar