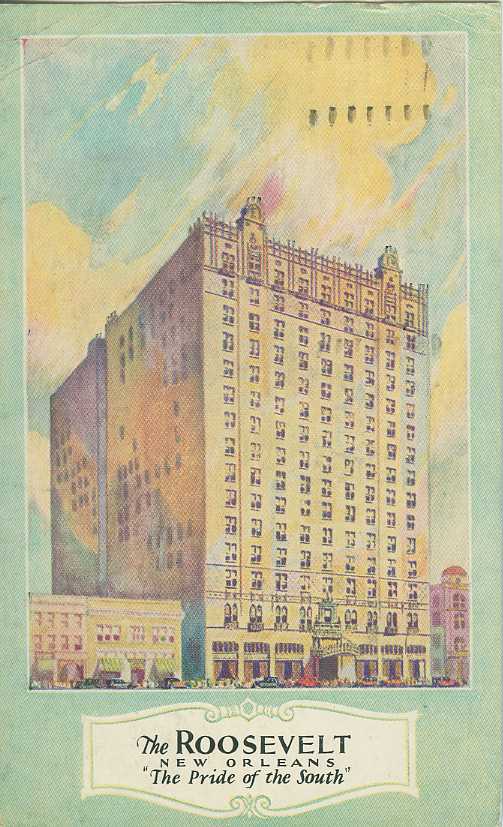 The Roosevelt Hotel was a popular New Orleans spot during WWII. Opened in 1893 as The Grunewald, the grand hotel was renamed in 1923 in honor of the late President Theodore Roosevelt. The Roosevelt was home to some of the liveliest wartime venues New Orleans had to offer: the Blue Room, the Fountain Lounge and the Sazerac Bar. Renamed The Fairmont in 1965, the hotel closed in 2005 only to be reopened as The Roosevelt in 2009.

Seventy years ago today, Sgt. E.A. Murphy wrote his sister in Maryland this very succinct note on the lovely Roosevelt postcard: “Having a very fine time and enjoying myself. Brother.”