SciTechTuesday: Discovery of New Element Has Roots in WWII 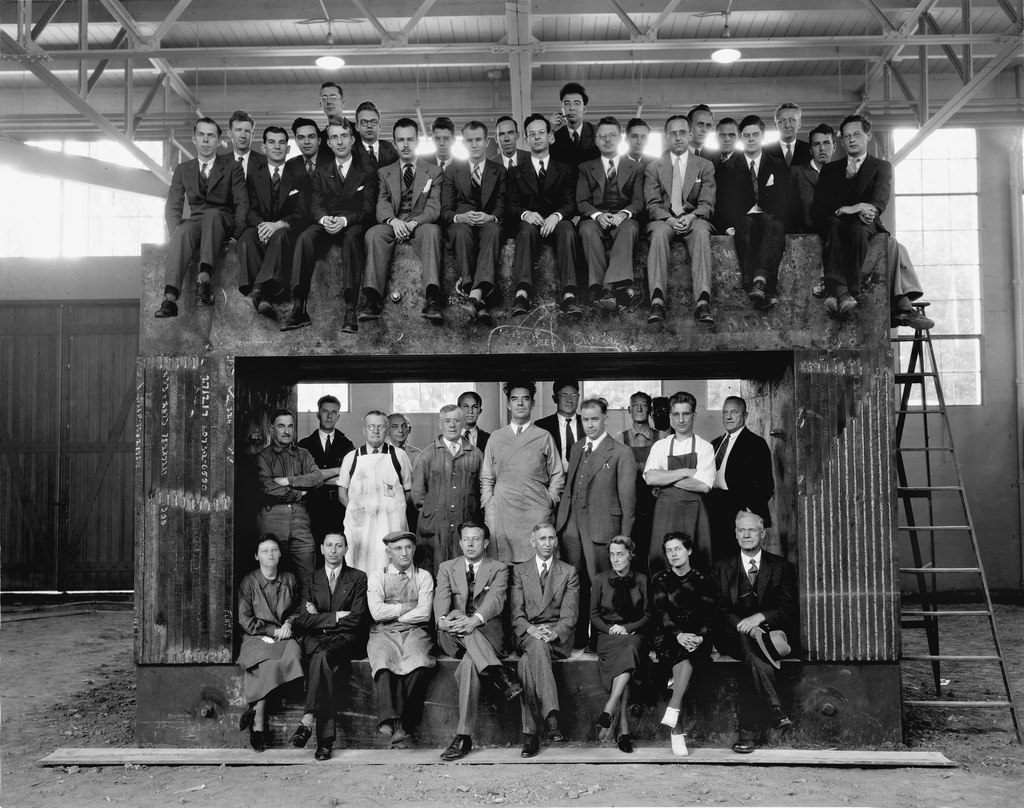 Ernest Lawrence (front row, fourth from left) with his team posing atop the huge magnet used in the 60-inch cyclotron, August 1938. Image courtesy of the Lawrence Berkeley National Laboratory.

The existence of a new element was confirmed by Swedish researchers last week.  The super-heavy metal fills the gap between elements 114 and 116 on the periodic table and is temporarily named ununpentium, the Latin and Greek for its atomic number 115.  Used to identify elements and organize the periodic table, atomic number is the proton count for a particular atom.  Compared with more familiar heavy metals like lead (82 protons) or gold (79 protons), synthetic ununpentium is massive and unstable, a characteristic of all man-made elements.

New elements are created by blasting a beam of one element at another element and observing the results.  To produce ununpentium, a beam of calcium atoms (20 protons) was fired at americium atoms (95 protons).  Most of the calcium atoms bounced off but every so often, the nuclei fused to become a new atom with 115 protons.  The resulting element 115 is radioactive and unstable, existing for less than a second before breaking apart.

Americium was synthesized in 1944 by a group of researchers at the University of California working in conjunction with the Manhattan Project.  Led by Ernest Lawrence and Glenn Seaborg, the team was the first to produce man-made elements using uranium, the heaviest element in nature with 92 protons.  From 1940 until 1944, the team produced neptunium, plutonium, curium, and americium using a 60-inch cyclotron to accelerate and bombard atoms. 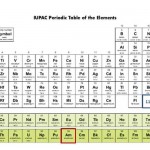 Periodic table as of May 2013 with ununpentium, americium, and calcium highlighted. Image courtesy of International Union of Pure and Applied Chemistry. 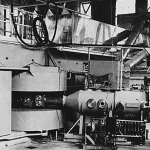 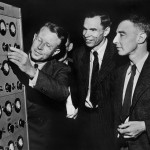 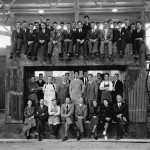 Ernest Lawrence (front row, fourth from left) with his team posing atop the huge magnet used in the 60-inch cyclotron, August 1938. Image courtesy of the Lawrence Berkeley National Laboratory.