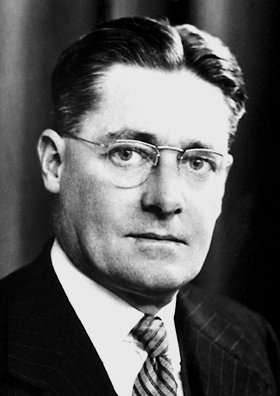 Today marks the birthday of Howard Walter Florey, the Australian pathologist instrumental in developing penicillin as a drug for human use. Florey led the team of Oxford scientists that purified penicillin, researched its antibacterial properties and conducted clinical trials. He shared the 1945 Nobel Prize in Physiology or Medicine with Sir Ernst Chain and Sir Alexander Fleming.

Working under the constant fear of air raids and a serious lack of funds and equipment, Florey and his team recognized the military importance of combating disease and infection as World War II raged in Europe. As the Battle of Britain began, the Oxford scientists devised a plan for a potential Nazi invasion. Florey’s team resolved to destroy their work rather than allowing it to fall into the hands of the enemy. But not all would be lost; they rubbed the spores of the precious strain of the penicillin-producing mold into their lab coats where it could lie dormant for years. If Florey and his team were forced to flee, they could easily escape with years of research hidden on their backs!

Oxford was spared and the spore-laden coats were not needed. Florey’s leadership led to the development of the drug for mass production for both military and civilian use and to date, antibiotics have saved millions of lives. Australian Prime Minister Sir Robert Menzies stated, “in terms of world well-being, Florey was the most important man ever born in Australia.”

Learn more in our lesson, Thanks to Penicillin… He Will Come Home!