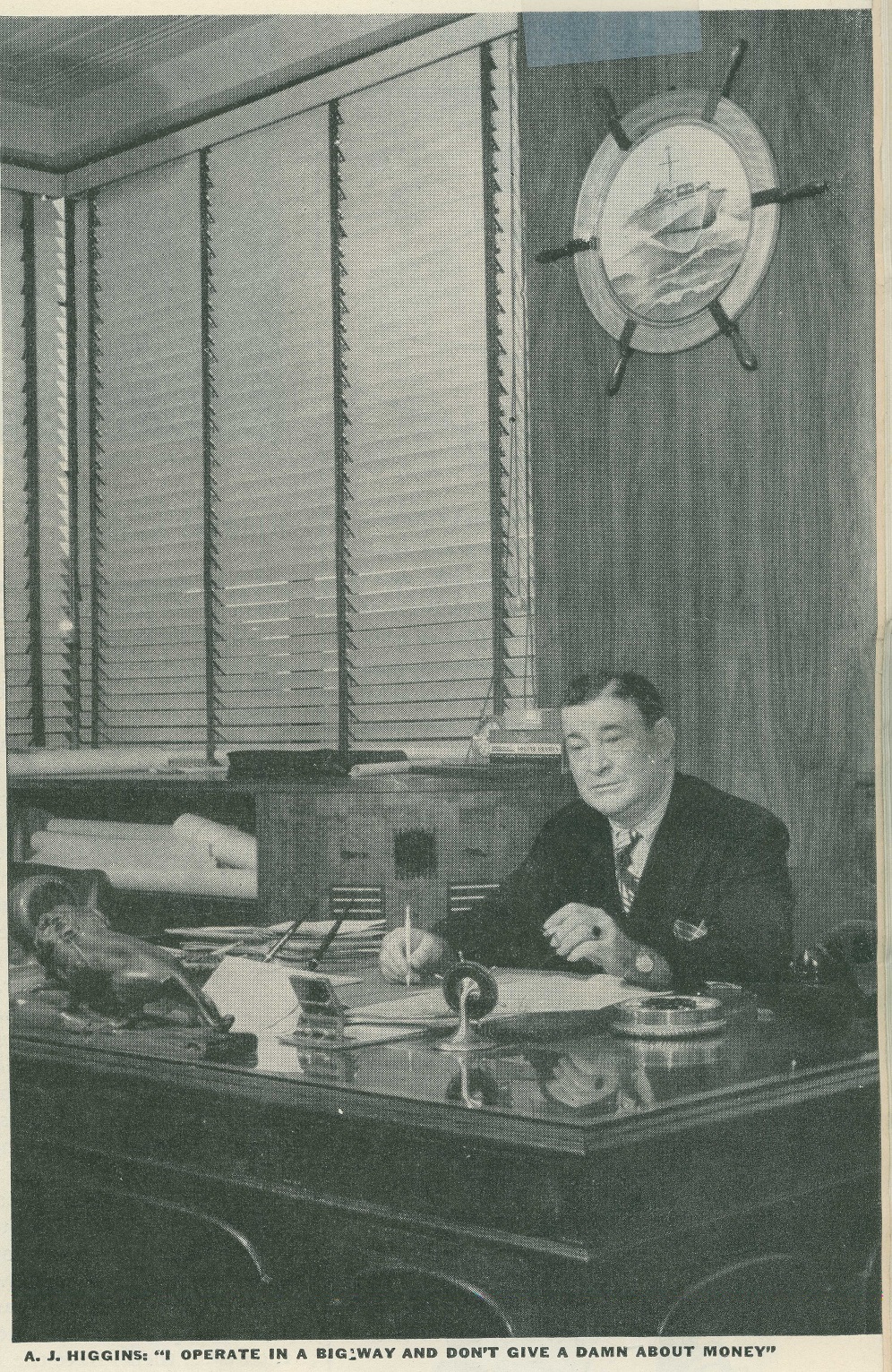 The 16 August 1943 issue of LIFE Magazine featured a large spread on Andrew Jackson Higgins, founder and operator of Higgins Industries of New Orleans. The story featured Higgins accomplishments in production, but also drew heavily on his colorful character.

Higgins has the characteristic bluntness of the old-time American frontiersman. His profanity, which when called into play flows as naturally as water from a spring, is famous for its opulence and volume. He has a gift for coming to the point at once, for reducing every proposition to its lowest common denominator. He also has a gift for expressing himself in extravagant, often unprintable, figures of speech. He takes a drink, preferably ripe bourbon, whenever he wants one. “I only drink when I’m working,” he has said. Since he works most of the time, he keeps several bottles of Old Taylor at his desk.

The article chronciles Higgins professional development beginning with the story of Omaha boy of twelve, who built a boat in his house that was so large that part of the house had to be torn down to get the boat out. Our article finds him an industrialist with “an annual volume of more than $120,000,000″ and “close to being the “world’s most important motor-boat manufacturer.”

By the war’s end, Higgins operated eight production sites in the New Orleans area and employed close to 25,000 workers.