Dispatch from the Ardennes 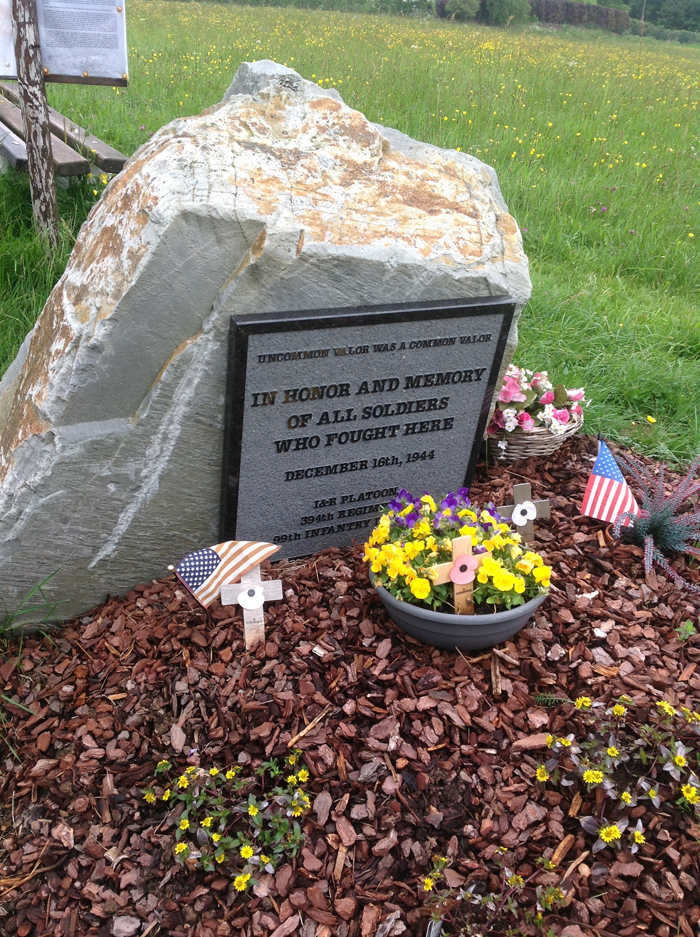 Memorial to the 394th regimental I&R Platoon of the 99th Division at Lanzerath, Belgium. On 16 December, 1944, these GIs held up the lead elements of Kampfgruppe Peiper for nearly a day, inflicting hundreds of German casualties, and delaying the German spearhead of the Ardennes offensive.

Museum Curator, Larry Decuers, sent us this photo from Lanzerath, where he is escorting the Museum’s Battle of the Bulge: Hitler’s Last Gamble – France, Belgium & Luxembourg Tour.

Oral History: The I&R Platoon of the 99th Infantry Division at the Battle of the Bulge

The 99th Infantry Division’s Intelligence and Reconnaissance Platoon, also known as the I&R Platoon tell the story of how the 18 lightly armed men held off the spearhead of Kampfgruppe Peiper for over 8 hours at Lanzerath, Belgium during the opening stages of the Battle of the Bulge – the ultimate David versus Goliath story of World War II.