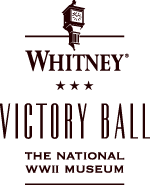 The 2013 Whitney Bank Victory Ball is The National WWII Museum’s signature fundraiser and most important benefit of the year, providing essential funding for the Museum’s education mission. As a leading business institution, Whitney Bank has always called attention to our community’s history and traditions. We are honored to have Whitney Bank’s support this year as our title sponsor.

The Whitney Bank Victory Ball will be held on Friday, June 14, 2013, in the new US Freedom Pavilion: The Boeing Center, featuring a meaningful program and top-notch entertainment. We will celebrate the evening’s theme, On The Front Lines of Freedom: Personal Reflections of WWII, with a presentation of the Silver Service Medallion. This year, the medallion will honor courageous soldiers who demonstrated extraordinary dedication on the battlefield and correspondents who also faced deadly conditions to ensure the stories and images of service and sacrifice were shared with the Home Front – and preserved for generations to come. This inspirational evening will feature the personal reflections of these individuals as we challenge all to remember those who have protected our freedoms.

Since its founding on October 26, 1883, “the Whitney” has endured as an industry leader in the Gulf South. The oldest continuously operating bank in New Orleans, Whitney Bank first occupied offices at 137 Gravier Street, still part of the bank’s Central Business District headquarters. Through more than 100 years of change, Whitney has remained dedicated to the fundamental principles and business practices set forth by its founders: maintenance of strong capital, sound ethics, exceptional service, and solid commitment to economic development, combined with a desire to preserve local heritage.

“The National WWII Museum is an American treasure.  It’s a stellar collection of insights into the commitment and sacrifices of the brave people who lived the experience – the Greatest Generation,” said John M. Hairston, the company’s CEO and Chief Operating Officer and a member of the Museum’s Board of Trustees. “We at Whitney Bank are honored to join with the Museum to celebrate that determined American spirit.”

The Museum is proud that Mr. Hairston will serve as co-chair of the 2013 Whitey Bank Victory Ball. His father, Mitch Hairston, served aboard the USS Fletcher in the South Pacific during WWII. He is the inspiration for John Hairston’s engagement with WWII veterans and his Museum leadership efforts.

During World War II, Whitney Bank strongly supported the war effort, offering contracting advice and financing for war-related businesses, while also distributing ration books and war bonds. As they had done in World War I, or what was then known as The Great War, Whitney associates fought overseas and served in critical roles at home to preserve America’s freedoms. Whitney Bank paid those associates for any loss in pay during military service. The postwar years saw the bank’s deposits grow from $141 million to $353 million. The bank expanded with new branches in Louisiana and offered assistance to countries ravaged by the war.

“America’s victory in World War II changed the course of history for the world and secured the freedoms and values at the core of our American way.  Partnering with the museum is a privilege for Whitney Bank as we honor WWII veterans and all who did and still do protect us at home and on foreign shores,” said Carl Chaney, the company’s president and CEO.

We are thankful to Whitney Bank for its generous support and interest. This support from a leading business institution ensures that we can advance our mission to tell the full  story of the American experience in the war that changed the world. 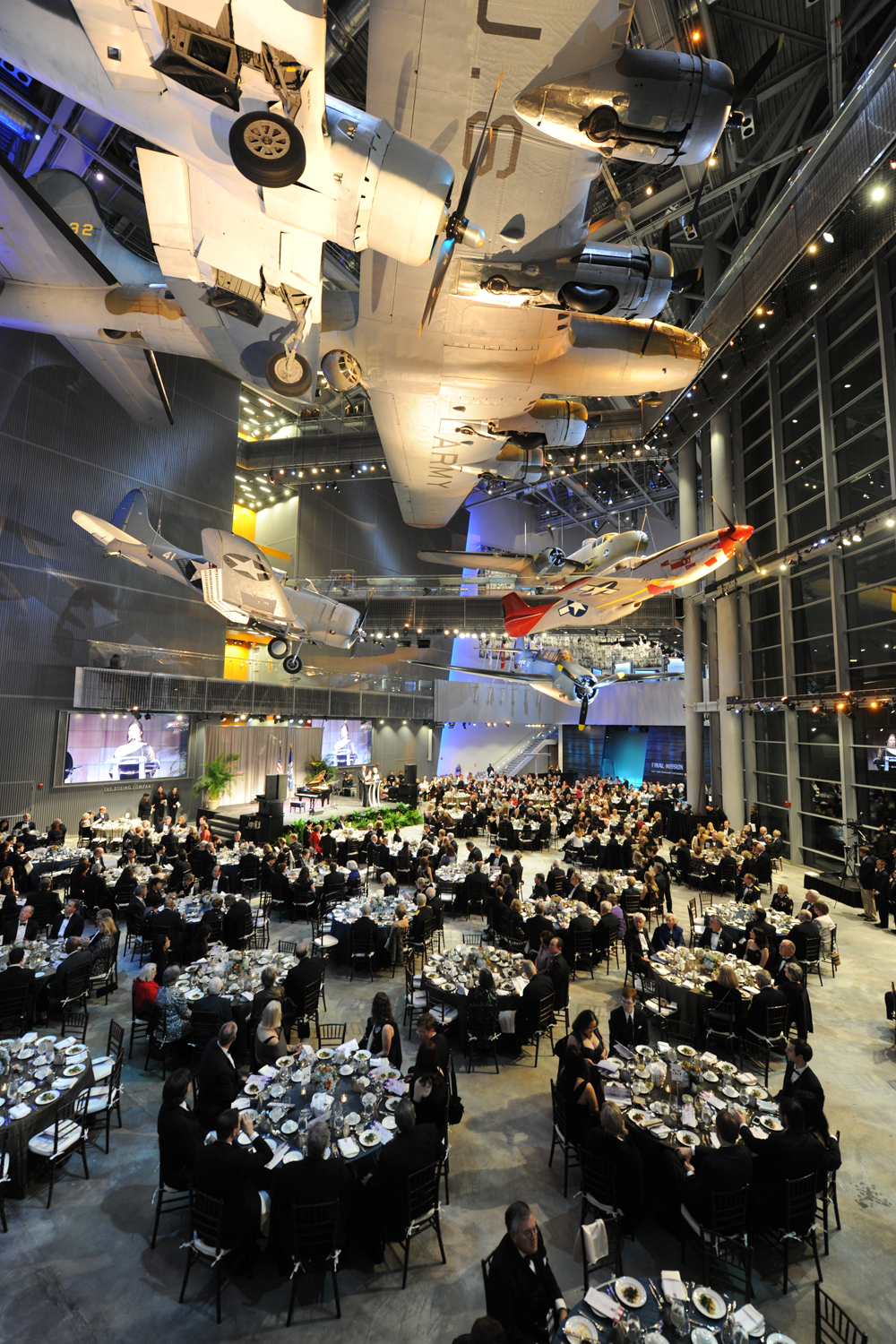