The Road to Victory Brick Program: A Lasting Tribute 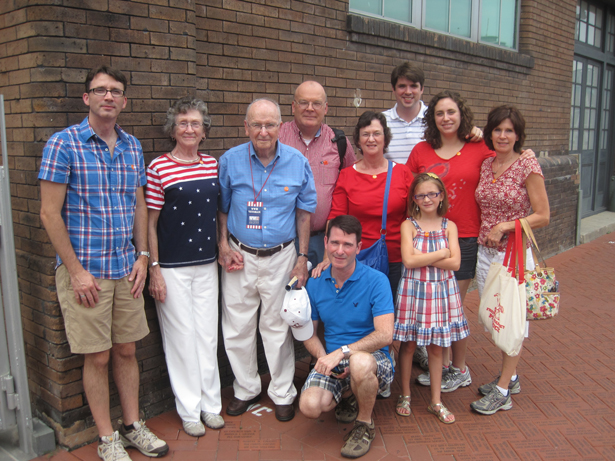 Members of Robert Cahoon's family pose with the WWII veteran near his Road to Victory brick.

The Cahoon family story started in New Orleans when Robert Cahoon and his lovely wife, Elizabeth, chose the city as their honeymoon destination over 60 years ago. And the story continues at the Museum decades later as the World War II veteran stooped down to get a closer look at his newly installed brick, a gift from his family who stood right beside him.

In total, almost a dozen members from Alabama, Tennessee and Kentucky traveled to The National WWII Museum to experience this moment. As Mr. Cahoon stood proudly pointing down to where his brick is installed along Magazine Street, his great-granddaughter watched. It is this moment that proves the engraved brick isn’t just a paver placed in the ground, but a legacy for future generations.

Four generations of family members, all dressed in red, white and blue, took turns getting pictures of their veteran before heading back inside the Museum. The United States Army Air Corps veteran who fought in the Pacific and transported cargo in a C-47 plane over New Guinea gave a courageous salute, a memory that will last a lifetime for the entire family.

The National WWII Museum’s Road to Victory program began with the opening of the Louisiana Memorial Pavilion in 2000 and has grown along with the Museum’s expansion. Today, there are nearly 30,000 engraved bricks surrounding the Museum campus honoring not only WWII veterans, but others who have served our country and support the Armed Forces.

Find out how you can honor a loved one or show your patriotism and support of the Museum with the Road to Victory brick program.

Already have a brick? Plan your visit to The National WWII Museum today! 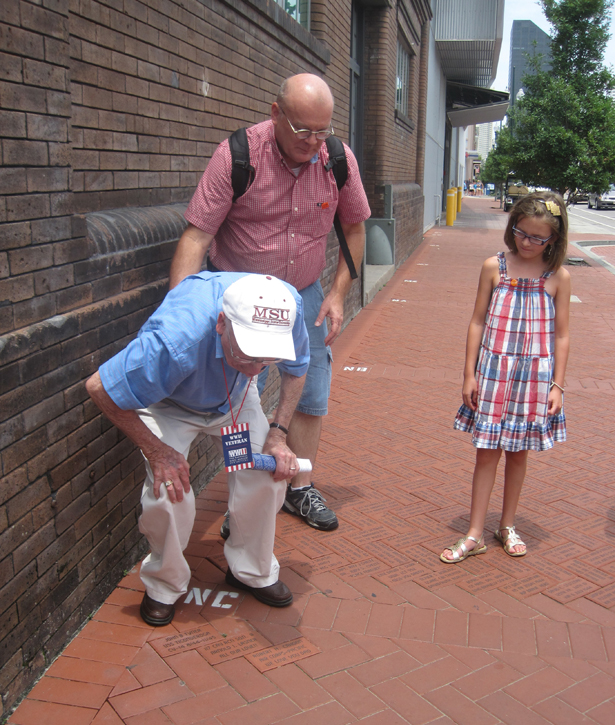 SciTech Tuesday: Thanks to Penicillin! Featured Artifact – Gridiron Glory: The Best of the Pro Football Hall of Fame