Shoe rationing was announced to the American public on February 7, 1943. It went into effect two days later. This form (pictured below) from the Museum’s collection was designed for an individual who either had to get a replacement for recently purchased, defective shoes or “an individual who would suffer serious hardship if he were unable to obtain an extra shoe ration.” The form also ask the individual if they have a relative with an extra shoe ration and if so, why can’t they ask them for it. It was issued June 22, 1943 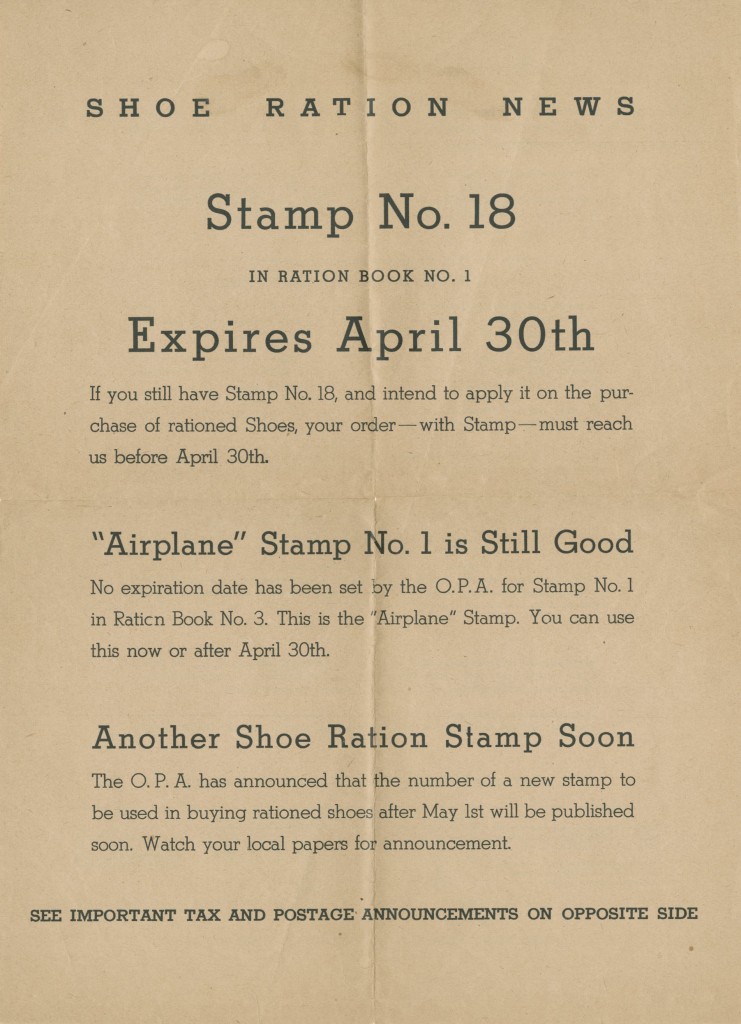 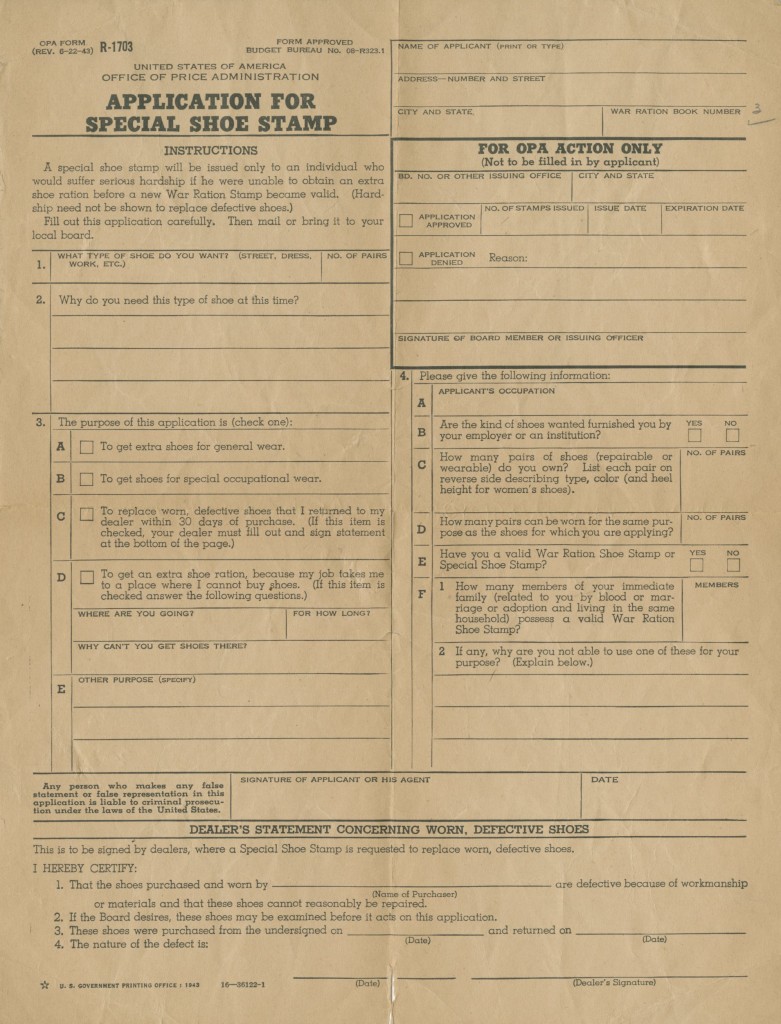 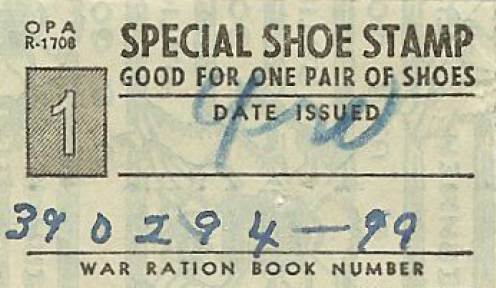 This example of a wartime shoe ration is from the Miller County Museum and Historical Society; Tuscumbia, MO.