70th Anniversary of the German Defeat at Stalingrad

Today marks the 70th anniversary of the Soviet victory over the German Sixth Army at Stalingrad. The grueling six-month battle caused appalling casualties on both sides. Over 1.2 million people, including at least 40,000 civilians, died at Stalingrad. The fight for Stalingrad became famous for its brutality. Soldiers at places such as the Red October Factory, Mamayev Kurgan, and Pavlov’s House frequently had to stop fighting so that they could clear corpses out of their lines of fire. Fierce fighting took place seemingly everywhere, from the streets to the sewers and even between rooms and floors of a single building. The Germans took to calling the fighting at Stalingrad the Rattenkrieg or “rat war.” 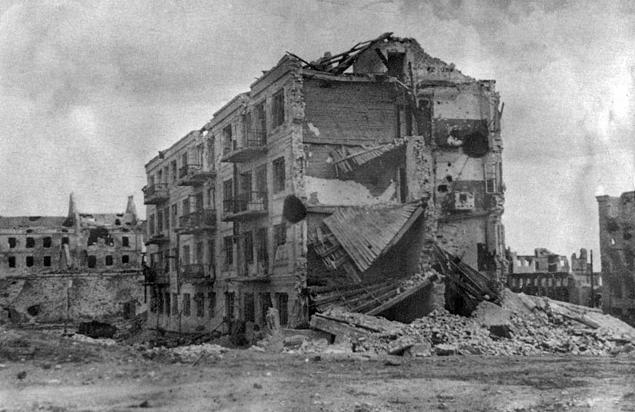 As costly as the stout Soviet defense was to the German Army, it was the Russian winter and Hitler that sealed the Sixth Army’s fate at Stalingrad. Expecting the campaign to be a short one, the German troops were completely unprepared for the winter. Untold thousands of Germans froze to death at Stalingrad. Then, after the Red Army launched a massive counterattack that cut off and encircled the Sixth Army at Stalingrad, Hitler refused to allow his forces to fight their way out of the cauldron. His refusal to give ground spelled the doom for Friedrich Paulus’s Sixth Army. Of 215,000 German, Italian, and Romanian soldiers trapped at Stalingrad by the Soviet advance, only 105,000 lived to surrender on 2 February 1943. Less than 6,000 of those men survived Soviet captivity to return home in 1955. The Battle of Stalingrad marked one of the major turning points of the war; after Stalingrad, German forces on the Eastern Front began a slowfighting retreat that would end in Berlin in May 1945. 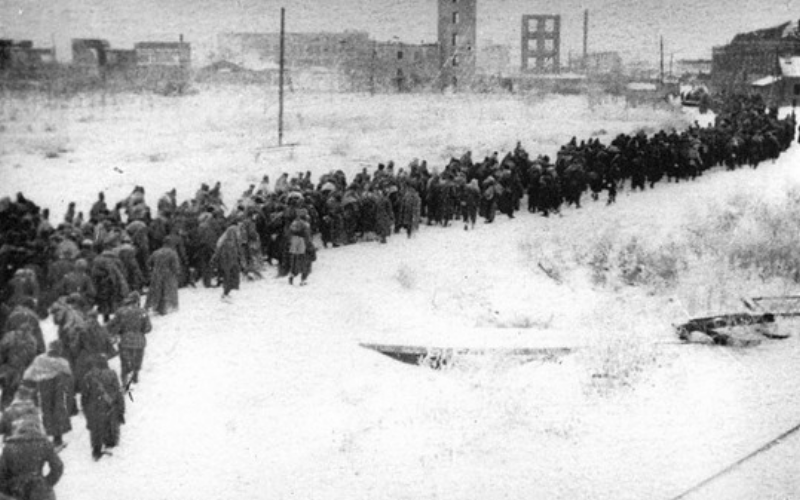 German prisoners march to captivity, and near certain death, after surrendering at Stalingrad. 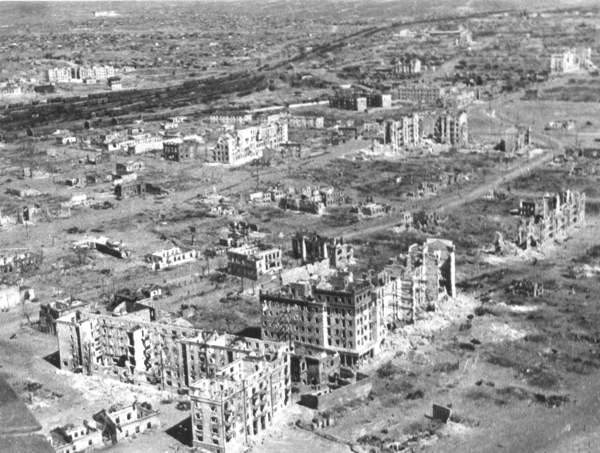