70 Years Ago – Photo Captures the Cost of War 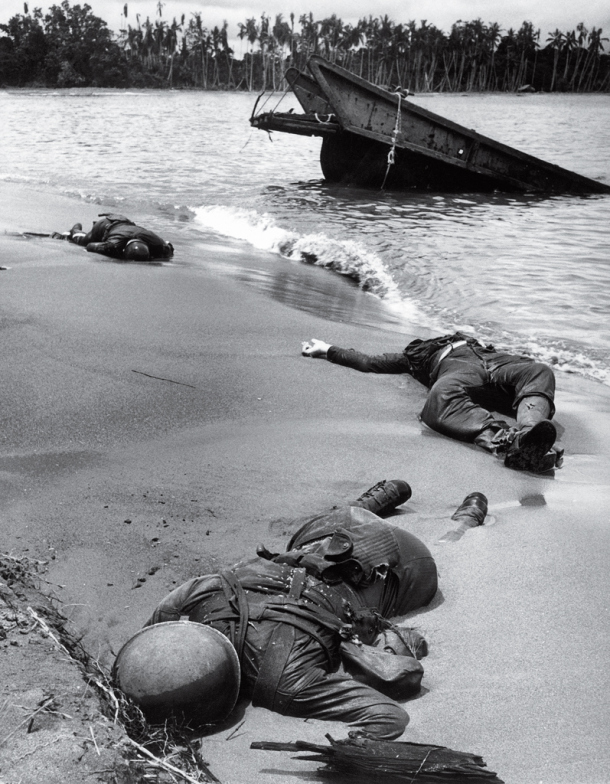 Three American soldiers lie half-buried in the sand at Buna Beach on New Guinea. This photo was taken in February 1943, but not published until September, when it became the first image of dead American troops to appear in LIFE during World War II. George Strock’s photo was finally OK’d by government censors, in part because FDR feared the public was growing complacent about the war’s horrific toll.

See more of LIFE‘s most memorable photos from the war (many that did not run originally in the magazine).