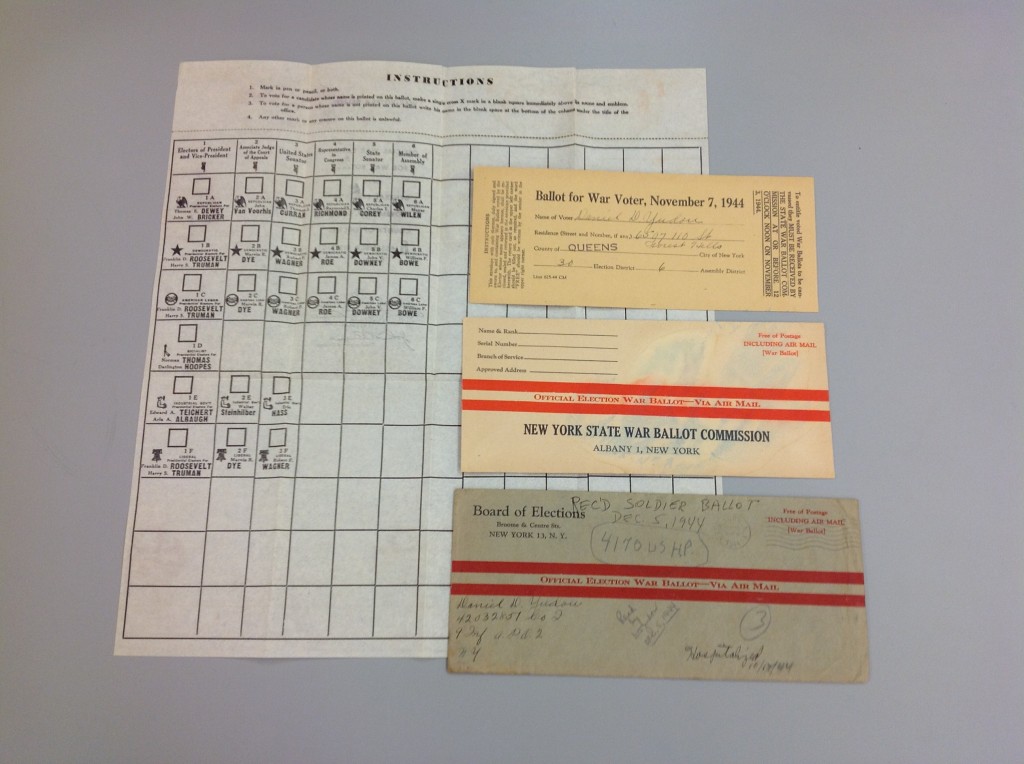 From the service of Sgt. Daniel Yudow with the 9th Infantry Regiment. Gift of Bonnie Howard and Jill Yudow, 2005.070

Measures to ensure that the American soldier’s right to vote was protected and counted date back to the 1862 and 1864 elections of the Civil War.  During World War II, the United States established the War Ballot Commission composed of two Republicans and two Democrats to supervise the shipment of ballots to servicemen overseas.  However, unique state-by-state voter requirements, a lack of shipping space for materiel other than vital war supplies, as well as the remote positions occupied by many of America’s fighting men made this mission to deliver ballots to the front lines an exceedingly challenging proposition.  Some servicemen – such as the recipient of the ballot above – did not receive their ballots until well after the election was already over (the postmark reads Dec 5, 1944).

Ideally, when the ballots were received, the serviceman had either the option of selecting individual candidates or voting the straight party ticket.  When completed, the ballot would be sealed in a provided envelope and returned to the state offices of the War Ballot Commission where they would then be counted.

The election of 1944 resulted in an electoral landslide for President Roosevelt with 432 electoral votes and 25,606,585 total popular votes.

SciTech Tuesday: Election Polling Before, During, and After WWII Thank You For My Freedom – Five Days to Go!