SciTech Tuesday: Election Polling Before, During, and After WWII

Predicting the outcome of presidential elections has evolved considerably since the days of FDR.  While all polling relies on some form of sampling, the method employed can have a dramatic effect on the accuracy in projecting the next commander-in-chief.  Statistician Dr. George Gallup, founder of the American Institute of Public Opinion, pioneered scientific methods for measuring public opinion.  His method, known as The Gallup Poll, received national recognition by accurately predicting FDR’s win in 1936 from the replies of only 50,000 respondents.  Gallup’s results were in direct opposition to Literary Digest’s polling prediction of Roosevelt’s defeat based on over two million mailed questionnaires.

Literary Digest made two major errors in sampling the U.S. electorate in 1936.  First, they mailed questionnaires to automobile owners and magazine and telephone subscribers, a group not representative of the entire voting population during the Great Depression when many Americans could not afford to purchase a car or pay for magazines.  Second, Literary Digest asked respondents to return their questionnaire by mail, essentially selecting for voters who had strong feelings of dissatisfaction with the current president.

So how did Gallup manage to accurately predict the outcome of the 1936 election using a sample one quarter the size of Literary Digest?  Gallup used quota sampling to poll groups of people who reflected the overall composition of the electorate.   The American Institute of Public Opinion sent hundreds of interviewers all of the country, each given quotas for different types of respondents based on multiple factors like class, gender, and location.

Gallup successfully predicted FDR’s subsequent bids for the White House in 1940 and 1944 until the organization notoriously failed to predict Truman’s 1948 victory.  Several factors caused Gallup’s error in the 1948 election including two third-party candidates, continued use of quota sampling rather than random sampling, and ending poll collection a full two weeks before Election Day.

After 1948 Gallup extended polling to Election Day and replaced quota sampling with random sampling in an effort to eliminate interviewer bias.  This method requires a much longer data collection period of four to six weeks including repeated efforts to find difficult-to-reach voter demographics.  While applauded for transparency today, Gallup is sometimes criticized for their slow response to electoral change, like waiting until 2008 to add cell phone polling, finally reaching households without landline telephone service. 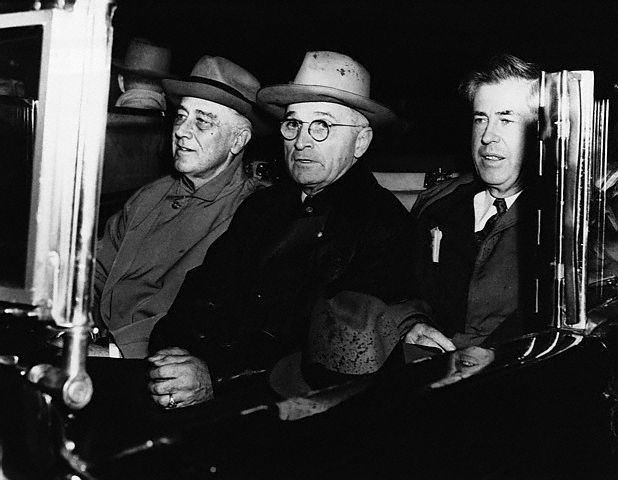 Thank You For My Freedom Update Featured Artifact -1944 War Ballot