Fire at the Cocoanut Grove 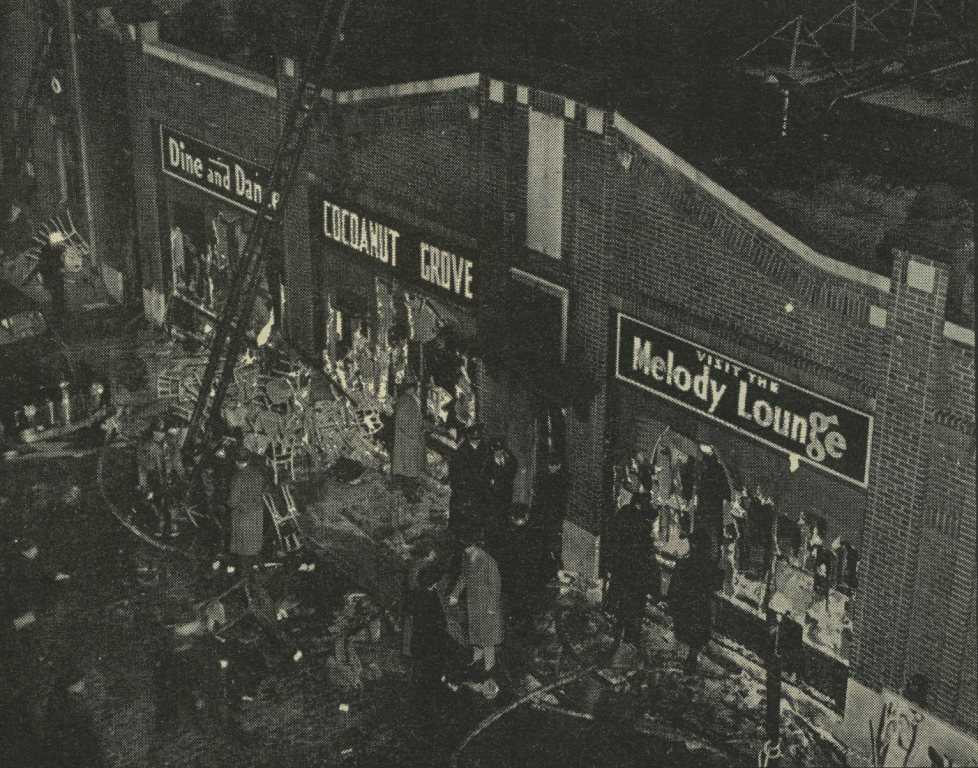 Seventy years ago, on 28 November 1942, the tragic fire at the Cocoanut Grove occurred, claiming 492 lives. Around 1,000 guests who packed the popular Boston club—a series of dining rooms and lounges—on Saturday night of Thanksgiving weekend found themselves trapped inside by a fast-moving, highly-gaseous fire, which lasted a total of around 15 minutes. Military police, Red Cross workers, and Civil Defense personnel rushed to participate in the rescue efforts.
Among those who perished in the fire were 51 servicemen and two WAVES, with an additional 26 servicemen hospitalized for injuries. Some of those killed had just returned from battles overseas. Cowboy film star Charles “Buck” Jones, who was on a war bond tour, was also one of the victims. The disaster spurred widespread change in building codes and in fire ordnances—requiring outward swinging doors, alternate exits to revolving doors, and emergency exit lighting. Lessons learned from the tragedy of the Cocoanut Grove are still used today to teach fire safety and emergency management.