“I do hereby establish a Women’s Army Auxiliary Corps for non-combatant service with the Army of the United States for the purpose of further making available to the national defense the knowledge, skill, and special training of the women of this Nation; and do hereby authorize and direct the Secretary of War, as a first step in the organization of such Corps, to establish units thereof, of such character as he may determine to be necessary to meet the requirements of the Army, with the number of such units not to exceed 100 and the total enrollment not to exceed 25,000.” — President Roosevelt’s Executive Order 9163

Enrollment would far exceed that 25,000 limit first laid out by President Roosevelt in his Executive Order establishing the Women’s Army Auxiliary Corps on this day 70 years ago. By war’s end, more than 140,000 women would have served their country as a member of what would become the Women’s Army Corps, or more commonly known as the WAC.

In May 1941 Massachusetts Congresswoman Edith Nourse Rogers proposed a bill for the establishment of the Women’s Army Auxiliary Corps, a non-combat organization meant to take over jobs that would allow for more men to serve in overseas combat roles. Initially unpopular, the bill was finally passed a year later when President Roosevelt signed it into law on 15 May 1942. The following day, Oveta Culp Hobby was sworn in as director. For her service in this capacity, Hobby would become the first female to be awarded the Distinguished Service Medal, the Army’s third highest honor for exceptional service.

Once established, tens of thousands of women applied for more positions than existed. The first WAAC training center was established at Fort Des Moines, Iowa and training began in July 1942. Women between the ages of 21 and 45 were eligible to enlist. Following training, companies of 150 women each were created.

African American, Japanese American, Native American, and Hispanic women were encouraged to join the Corps, but were generally separated into segregated units just as the regular Army was. Such units included the all Puerto Rican contingent assigned to the Port of Embarkation in New York City, and the all black 6888th Central Postal Directory Battalion.

Service in the WAC may not have brought women into combat, but it could be a dangerous job nonetheless. More than 150 WACs died in service, largely from disease but also from plane crashes, ships being sunk, and other misfortunes. Despite the risks, these women were not given all the same benefits as their male counterparts. Although receiving the same pay as men serving stateside, members of the WAAC were not eligible for overseas pay; and although they were entitled to veteran’s hospitalization if wounded or sick while in service, they did not receive government life insurance.

On 1 July 1943, Roosevelt approved Congresswoman Rogers’ new bill that proposed the full incorporation of WAAC into the army. Thus the WAAC became the Women’s Army Corps, and their benefits were made to match that of their male counterparts. The women of the WAC served with the Army Ground Forces, the Army Service Forces, and the Army Air Forces, both stateside and in nearly every theater of war. Their job titles included cook, typist, electrician, driver, mechanic, radio operator, and just about every other support role you can think of. Many were assigned to the Manhattan Project.

Tens of thousands of women served their nation in the Women’s Army Corps during World War II, living the motto “It’s our war too!” The success of the WAC—and later the female auxiliaries of the other branches such as the WAVES, SPARS, and US Marine Corps Women’s Reserve—changed the prevailing prewar attitude that women didn’t belong in the military. The WAC served in both Korea and Vietnam, and was disbanded in 1978. 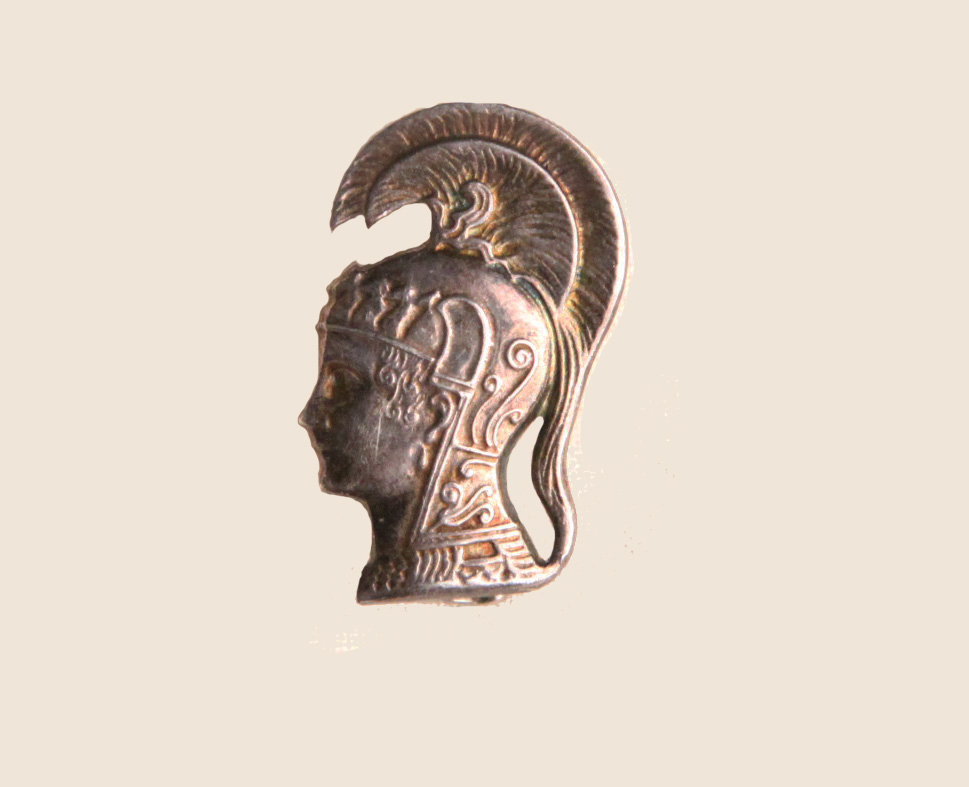 Athena, the Greek goddess of wisdom and warfare,was the symbol of the WAC. This is an officer’s lapel pin. Gift of David Mears, 2011.181 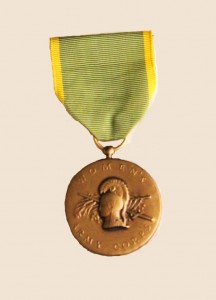 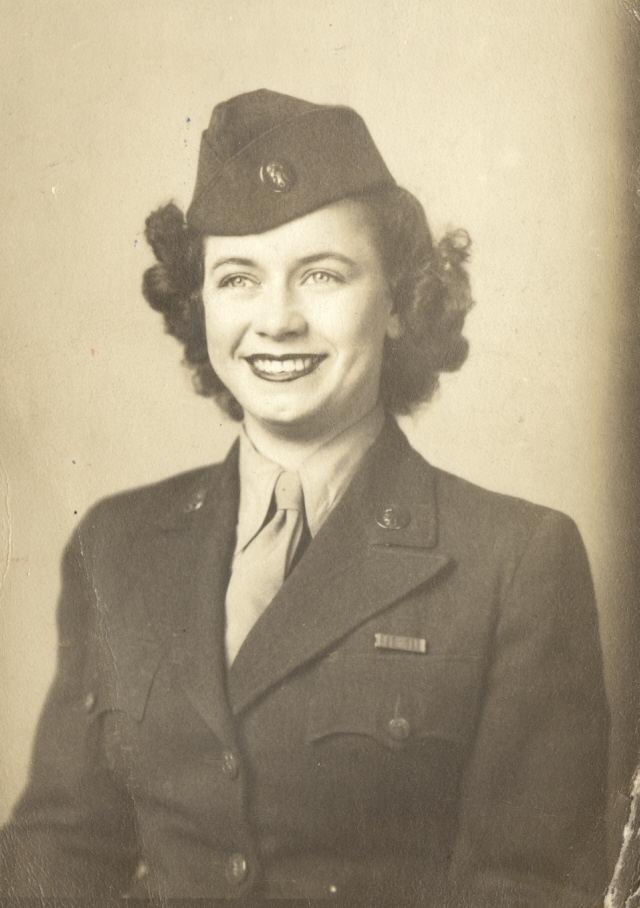 Mary Pritchard enlisted in the WAAC on 16 April 1943. She had been working as a civilian with the Merchant Marine in Washington, D. C. After training, she was sent to the Charleston Port of Embarkation for a year. After a year of stateside service, Pritchard shipped out to serve under the US Army Forces in the Far East in Hollandia, Netherlands East Indies, arriving just days before the invasion of Leyte Gulf in October 1944. There, Pritchard worked in radar and communications with “Section 22,” a group with top secret clearance.

Just a month later, her unit moved to the Philippines where their office was in a bowling alley. In a memoir, Pritchard recalled the uniform shortage that was typical of the WAC experience, wearing basically any uniform they could find including men’s fatigues. In Manila, Pritchard and her unit worked towards the organization of Operation Olympic–the planned invasion of mainland Japan. The dropping of the atomic bombs precluded that operation, and Pritchard was sent home, discharged in October 1945. Having so enjoyed her service with the WAC, Pritchard took a job with the Department of the Army and worked in Tokyo from 1946 until 1949. 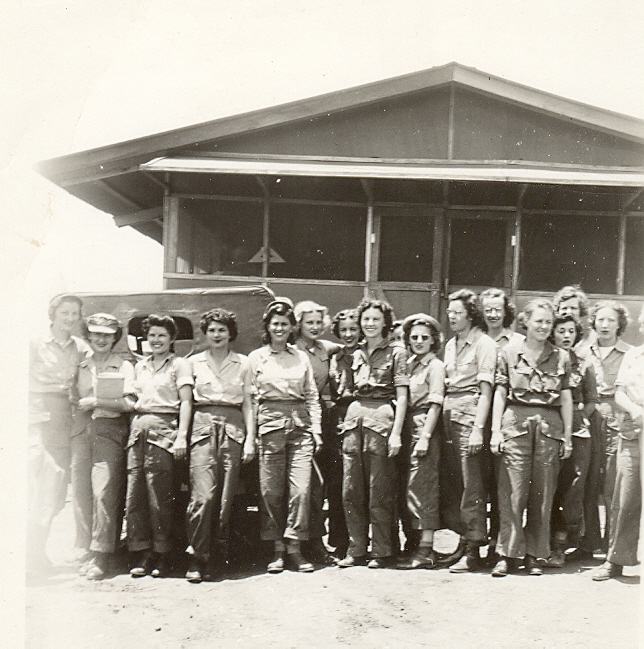 Pritchard and her Radar and Radio Countermeasures Unit in front of their office building in Hollandia, Dutch East Indies