In Their Own Words: Eugene Sledge on V-E Day 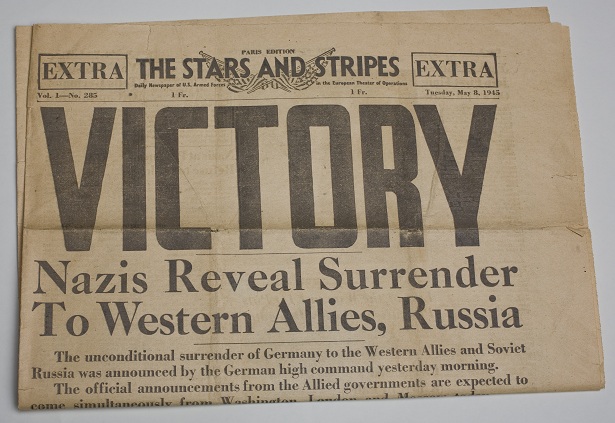 While much of the world reveled in the news of Allied victory over Nazi Germany on May 8, 1945, troops in the Pacific felt no cause for celebration. In his autobiography, With the Old Breed at Peleliu and Okinawa, E.B. Sledge talks about reaction to the announcement.

On 8 May Nazi Germany surrendered unconditionally. We were told this momentous news, but considering our own peril and misery, no one cared much. “So what” was typical of the remarks I heard around me. We were resigned only to the fact the Japanese would fight to total extinction on Okinawa, as they had elsewhere, and that Japan would have to be invaded with the same gruesome prospects. Nazi Germany might as well have been on the moon.

The main thing that impressed us about V-E Day was a terrific, thundering artillery and naval gunfire barrage that went swishing, roaring, and rumbling towards the Japanese. I thought it was in preparation for the next day’s attack. Years later I read that the barrage had been fired on enemy targets at noon for its destructive effect on them but also as a salute to V-E Day.

Purchase a copy of With the Old Breed at Peleliu and Okinawa from the Museum Store.