For This We Fight 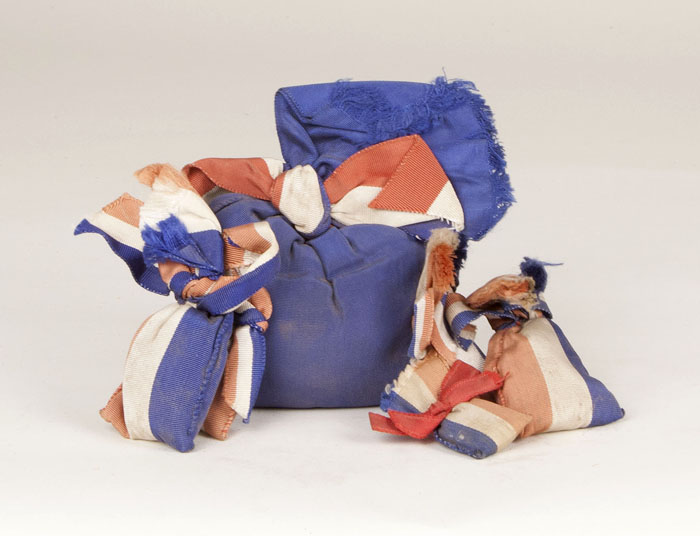 The Museum receives many wonderful donations every week. This past month has offered some particularly exciting material.

How did Mrs. Josie Leggett, the wife of a retired minister, mother of 8, in her sixties from Hattiesburg, Mississippi end up profiled in newspapers across the country, Colliers Magazine and featured on radio shows in the US and Canada.

In 1944, Mrs. Leggett dreamed up a project she would work on for years to come. Her youngest son, Wesley S. Leggett, was serving in the Seventh Air Force in the Marshall Islands when he wrote a letter to his mother in which he expressed how badly he wanted to feel Mississippi soil under his feet again. Mrs. Leggett packaged a scoop of dirt from the family Victory Garden and sent it overseas to her son. Other servicemen in her son’s unit also began requesting soil. Mrs. Leggett then sent some soil to Admiral Nimitz requesting that some be placed on the foundation of the new government building on Kwajalein.  Because of the wide reach of the soil project and a desire to have input from states other than her home state of Mississippi , Mrs. Leggett reached out to the governors of all of the states requesting soil from the state capitol grounds. Her tenacity and the correspondence regarding this project is remarkable. The project quickly expanded to other commanders including Lt. General Mark Clark and General Douglas MacArthur and then to US chaplains around the globe who then sprinkled the soil on graves of Americans who were killed overseas. She called her soil bundles “For This We Fight” bags. Josie Leggett’s collection includes the material with which she made her bundles, all of the correspondence related to the project and many news clippings about her and her work. Her story is one of many fascinating stories of people on the Home Front lending their time and support to those fighting abroad. 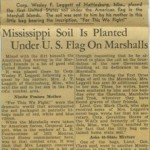 30 March 1944 article from the Memphis newspaper, The Commercial Appeal. 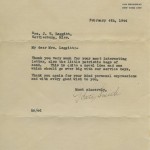 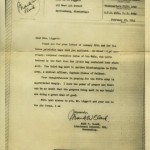 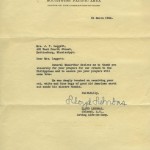 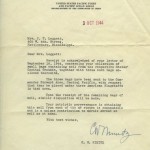 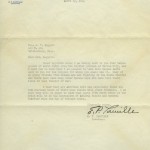 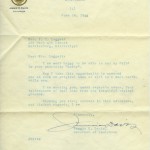 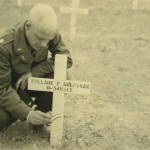 Memorial services for the dead of the 83rd Infantry Division at the American Military Cemetery Henri Chappelle, Belgium conducted by the division chaplain. 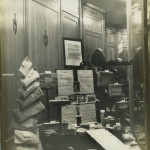 A display of the soil and letters collected by Mrs. Leggett displayed in a department store in Hattiesburg. 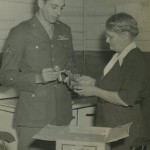 Wesley and his mother after the war’s end assembling soil bags for shipment. 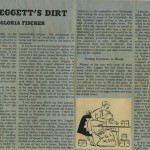 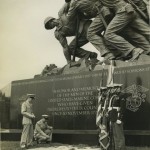 Ceremony at the Marine Corps Monument in Washington, DC on Memorial Day in 1955.

On Memorial Day in 1955, visitors to the Marine Corps Monument in Washington, DC witnessed a symbolic scattering of earth from the capitol grounds of the 48 states, the final presentation of Mrs. Leggett’s soil.