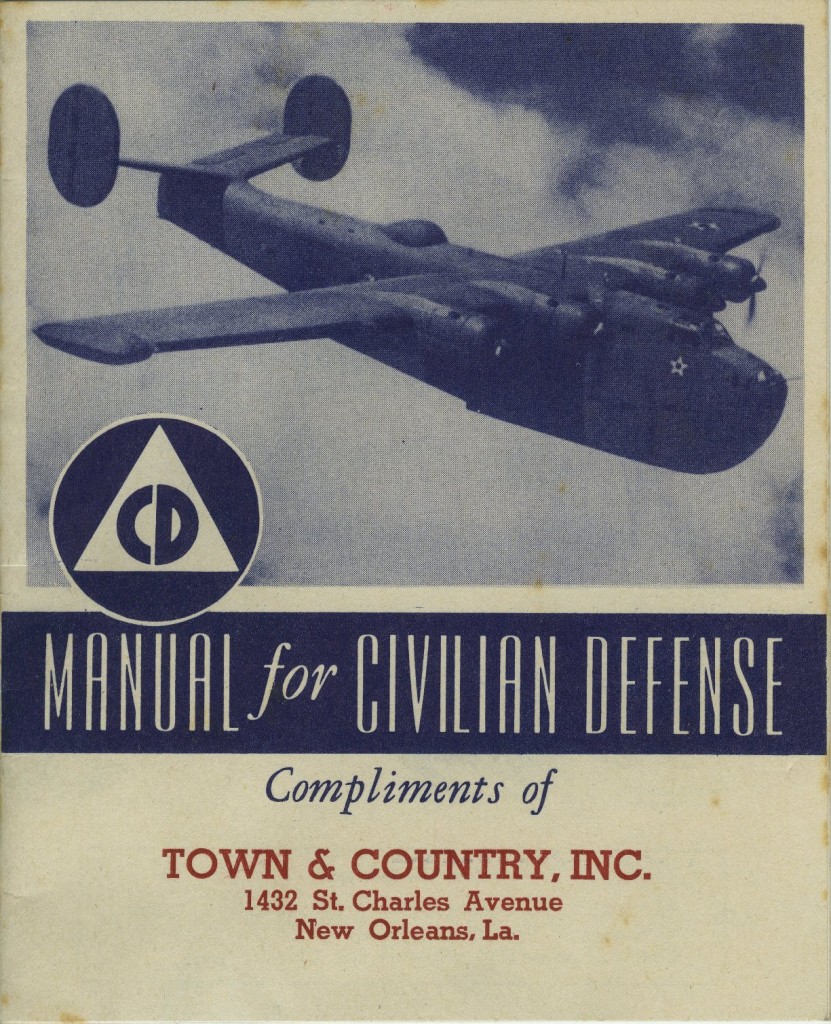 On the night of 6 March 1942, New Orleans experimented with its first blackout drill. Considered to be a possibility for enemy strike because of the importance of the port and industry, New Orleans was ordered to prepare for this wartime precaution undertaken in other coastal cities. At the sound of the blackout sirens located throughout the city, first heard on 6 March at 9 p.m., house and business lights, automobile lights and even church and hospital lights had to be extinguished. The first drill lasted 22 minutes total. Although it was deemed a success by local Civil Defense organizers who cited 99% compliance, Canal Street was packed with festive, curious citizens waiting to see New Orleans busiest area in total darkness. Local businesses such as the women’s wear and bridal salon, Town & Country, distributed pamphlets to their patrons with tips on how to blackout, how to act in an air raid and practical first aid. New Orleans, like other US cities, would remain on alert throughout the war, prepared for the possibility of an air attack. Blackouts and air raid drills were just two of the ways the war manifested itself in The Big Easy.

One Response to “First Blackout Drill in New Orleans”

Wow thats pretty cool, I’d like to see that!