A Higgins Liberty Ship A Day Keeps the Axis Gangsters Away 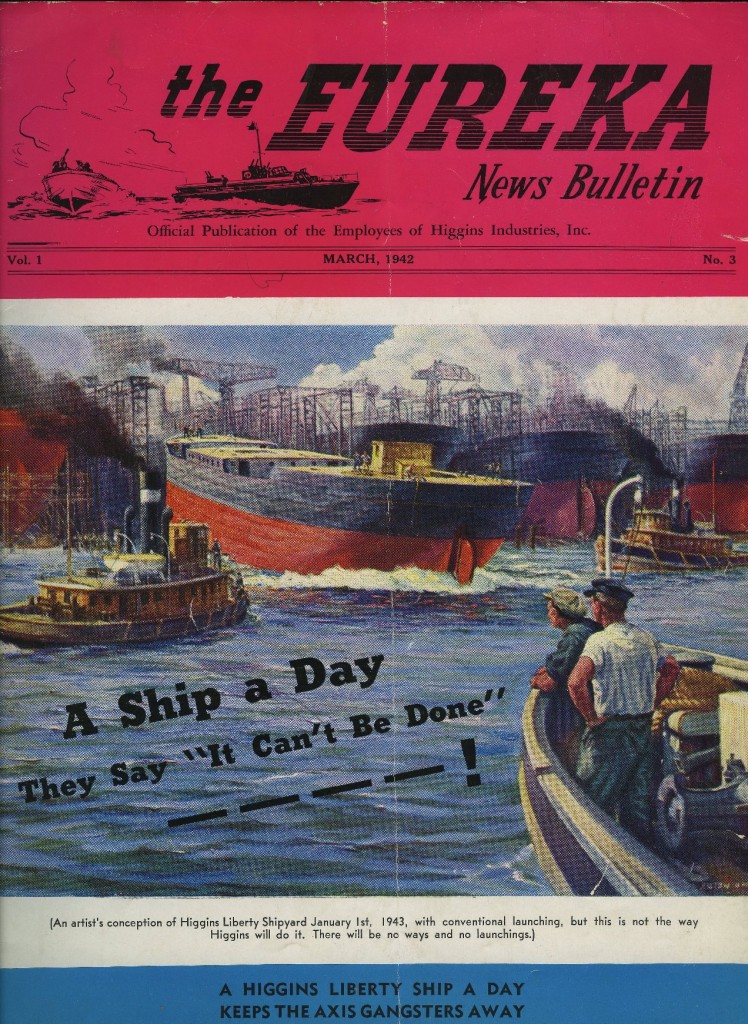 Seventy years ago today, on Saturday, 14 March 1942, Andrew Jackson Higgins returned to New Orleans from a Washington, D.C. business trip. He returned with a U.S. Maritime Commission contract for Higgins Industries in his briefcase for 200 Liberty ships, the massive cargo ships responsible for supplying Allied troops in WWII.  Higgins was met at the train station by thousands of employees and friends accompanied by a brass band, welcoming him and the contract home to New Orleans. The contract for 200 Liberty ships was the largest shipbuilding contract ever awarded at the time—an enormous success for the city of New Orleans and a testament to the vision and enthusiasm of A.J. Higgins, who immediately sped up construction of the corporation’s Michoud facility to provide the space necessary to produce the 10,000 ton vessels. The dream of “a Liberty ship a day” would fail to become reality, however, because the much-lauded Liberty ship contract was cancelled in July 1942. Mounting facility costs and doubts as to whether the novice yard could complete the task were cited as reasons for the cancellation. The loss of the contract was to be a huge blow to Higgins and to the city of New Orleans, which Higgins had thought of as a future shipbuilding mecca.