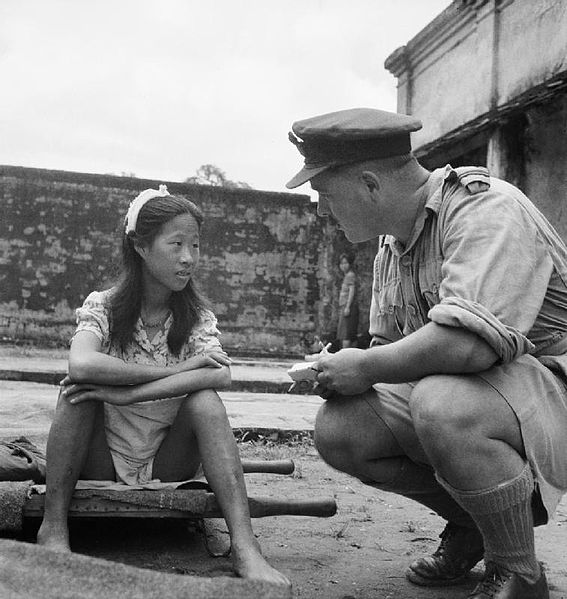 On January 13, 1992, the Japanese government apologized for forcing tens of thousands of Korean women to serve as sex slaves for Japanese soldiers during World War II. These women were often referred to as “Comfort Women.” They worked in comfort stations that were established by the Japanese military with the help of professional “procurers” who often deceived women into working in the stations. The vast majority of comfort women were Korean. Estimates range from 200,000 to 400,000 women being used in comfort stations.

Korean women in particular were selected because of the Japanese disdain for Koreans and their culture. Korea itself had been under Japanese rule since about 1910. The Japanese viewed Koreans as an inferior race of people, and treated them that way. Many have called Japanese rule in Korea a cultural genocide. It was the goal of the Japanese to strip from Koreans all elements of their culture. Since Korea at this time was mostly a country of subsistence farmers, their economy was small and localized. Most people were quite indigent, and Japanese restrictions on the education of Koreans in turn made them even more indigent. As in many societies at that time, girls were usually the first to be excluded from schools or pulled out in order to go to work.

All of these elements came together to make it almost impossible for Korean women and their families to protest the dishonest recruitment and sometimes forced kidnapping of their daughters who were put to work in comfort stations—so called for the “comfort” Japanese soldiers would feel from the recreation and sex they would have there.

Daily life in a comfort station was not at all a comfort to the women working there. It was a routine of torture and humiliation that they were likely not to survive. On busy days, a comfort woman might have to service 40 to 50 men a day. Women who refused to have sex were beaten by soldiers or their proprietors. Some even tell of being bound to the bed so that they could not fight or refuse to have sex. The comfort women were required to remain naked from the waist down once the station was open for business. There was a ratio of soldiers to comfort women that the army preferred. It seems that the ideal number was 29:1, but most often the ratio was more like 40 or 50:1, and there have been some cases where the ratio was reported to be 100:1.

Because the Japanese had such disdain for Koreans and other non-Japanese native cultures, the women suffered through a constant barrage of epithets and hatred from the soldiers. Women were constantly told that they were worthless and that having sex with soldiers was their only purpose. They were told that they should be grateful to be there and to be “employed.” There was an almost systematic routine of humiliation of comfort women as a way to keep them emotionally crippled so that they wouldn’t be as likely to resist the rapes or try to run away.

The death rate of comfort women was high; the suicide rate was 40%. It was not uncommon for Japanese soldiers to kill a comfort woman and then himself in a murder-suicide. Since comfort stations were the only form of rest and relaxation provided by the Japanese Army, they were always in close proximity to the front lines. Comfort women died from bombs, bullets and shrapnel just as Japanese soldiers did.

Unfortunately, the life of comfort women after the war was also quite terrible. Many of the women were simply abandoned by the Japanese Army in whatever comfort station they happened to be in when the war ended. Some women went into the pillboxes and caves, or hid in the jungle for months. Many were unable to ever return home and simply assimilated into the villages where they were left. When Allied forces found these women, they did send them home, and the Red Cross also sent many women back to Korea or Japan.

What is truly unfortunate is that many of the families of these women were so ashamed of their daughters that they too abandoned them. The shame of rape was culturally placed on the female being abused, not the rapist, so many of these women tried to hide where they had been and what had happened to them. Many would keep their secret for decades, or continued in prostitution after the war because there were no other opportunities available to them. They were often not considered fit for marriage; many were left sterile from the sex, STD treatments or the abortions they were forced to endure. There was what many call a “cultural amnesia” surrounding the saga of the comfort women for decades.

In 1991, however, Kim-Hak Soon became the first comfort woman to speak out about her experience. Soon after, many more women began to come forward and tell their stories. The Japanese government continues to deny its direct involvement in the procurement and forced prostitution of women during WWII, and refuses to pay reparations for their pain and suffering. The comfort women and the Korean government continue to demand a deeper and more comprehensive apology for what these women suffered. Despite the many different apologies issued by the Japanese government since 1992, many of the victims simply don’t think enough has been done to make up for the terrible actions of the Japanese military during World War II.

One Response to “Comfort Women”

Wonderful post Toni Kiser, but I was wondering if you have read the book “The Comfort Women” by an American professor of anthropology C. Sarah Soh? Her book is well recommended as a general introduction to Japanese military’s comfort station system for non-Korean/Japanese readers. And as you may have noticed by now, during the Korean War, South Korean military established comfort stations (military brothels) just like Japanese military for their own (SK) and UN (mostly American) soldiers. Prostitutes in these official military brothels were called “comfort women.” Yes, SK military used the same term as did Japanese military (as high rank officers and generals of SK military were educated in Japan). This fact has been pointed out by several South Korean historians for years but for some reason ignored by the public and media.

So the question remains, if Japanese military’s comfort station system had been a sexual slavery system with ten of thousands of Korean women serving as sex slaves for evil Japanese, why did Korean officers and generals who had been in the war zones of World War II with Japanese choose the same term?

In the early 1990s South Korean NGO “The Korean Council for the Women Drafted for Japan’s Military Slavery” repeatedly demanded Japanese government to admit Japan has drafted Korean women under National Mobilization Law during World War II and that Japanese government should open the official list of comfort women to the public.

In response to their demand through Social Democratic Party of Japan (SDPJ) Japanese government made a thorough investigation and announced that comfort women were not drafted under the law and no official list was found in Ministry of Welfare and Ministry of Labour which were in charge of enforcing the law during the war. The government official in charge added that comfort stations were run by private owners (therefore list of their employees was not likely to be found in these ministries)

On January 11, 1992 Japanese newspaper Asahi Shinbun ran an article on its front page claimming Japanese historian Yoshiaki Yoshimi had found documents that refute the government’s argument. This lead to the official apology by PM Miyazawa 6 days latter (Jan 17). However Yoshimi and Asahi Shinbun was latter criticized because the document only showed that comfort stations were supervised by the military but that it has nothing to do with National Mobilization Law.

Yes, Japanese military did supervised comfort stations. Like Supreme Commander for the Allied Powers (SCAP) supervising the comfort stations (RAA) which were established for Douglas MacArthur’s men by the Japanese government after the World War II. Military’s control over CS was quite well known among Japanese public through post World War II literature and movies. So there was no reason for Japanese government to deny that.

Video clip from “Shunppuden” or “Story of a Prostitute” (1965):
http://www.youtube.com/watch?v=rR23h-NdGIM&feature=mfu_in_order&list=UL

To this day Japanese government never denied its military’s role in operating CS system. And apologized to the women who had to work in miserable condition-some of these women were victims of human trafficking which was a common way of becoming a prostitute in East Asia including Japan in those days, as seen in the Hollywood movie “Memoirs of Geisha”.

Video clip from Memoirs of a Geisha (How Japanese woman became a prostitute or a geisha in the 1930s-1940s)
http://www.youtube.com/watch?v=2xUnwmcrucM
A U.S. Army report on Korean comfort women (1944)
http://www.exordio.com/1939-1945/codex/Documentos/report-49-USA-orig.html

However Japanese government clearly denies it (government/military) forcing women against their will to work as prostitutes. And farther more, Japanese are becoming skeptical about activists who are demanding more apology to Japanese government while ignoring the fact that their own government had allowed their military to run the same system, and paying no attention to the their victims.

Reference:
Korean proffessor An Byeong-jik talks about Japanese CS system (Korean with Kr & Jp sub)
“Half of comfort staton owners were Korean””There is no evidence that women were drafted forcibly (by Jp government/military)”
http://www.youtube.com/watch?v=T8v6zxiNBCg&list=UUmkHj6fmJoB64dKAFiE7VyQ&index=2&feature=plcp

The fact that half of comfort stations were run by Koreans maybe surprising to you. But his theory is supported by Japanese historian Ikuhiko Hata who joined the government’s research team. Hata also suggests that 40% of comfort women were ethnic Japanese and 20% were ethnic Koreans (both were Japanese nationals at that time).