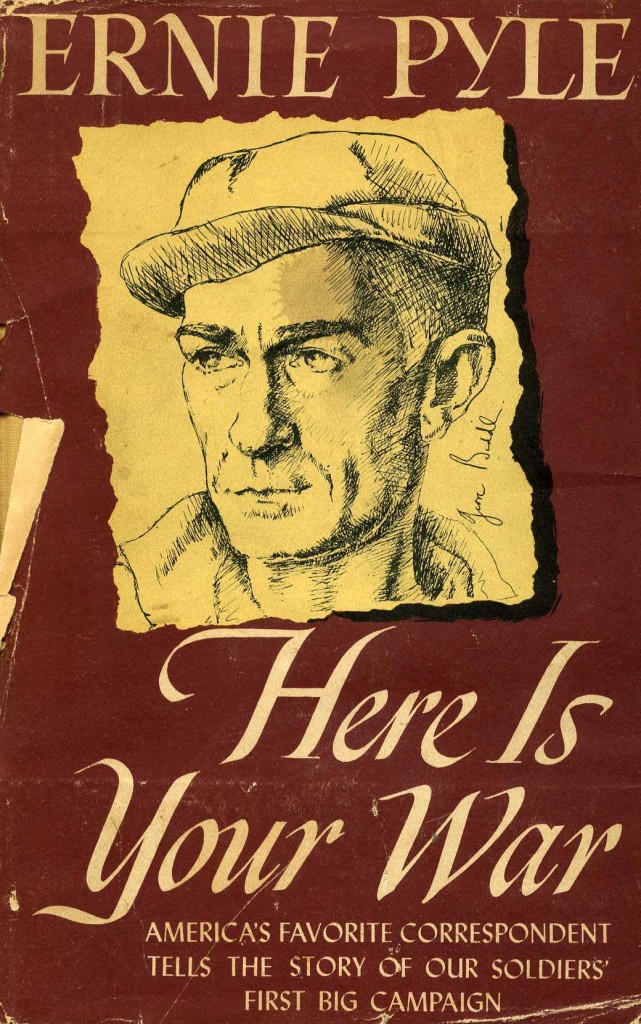 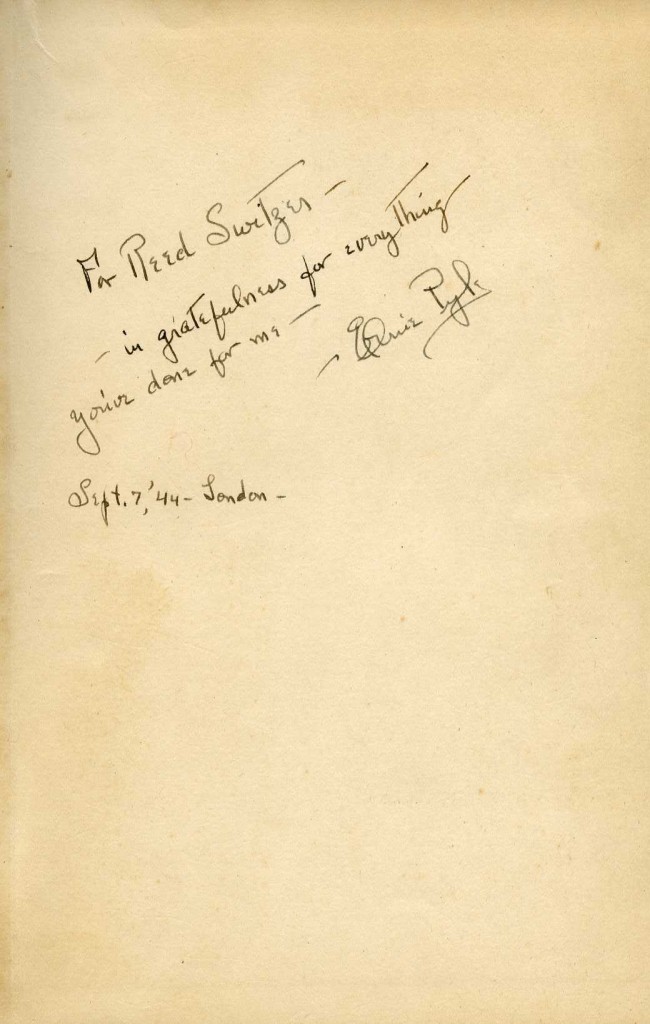 A copy of Here Is Your War with a personalized note to Reed Switzer, a US serviceman who aided Pyle in responding to the hundreds of fan letters he received while stationed overseas. 7 September 1944. Gift of Reed Switzer, National WWII Museum, 2003.114.

After reading this poignant NYT article about the precarious situation of the Ernie Pyle Museum in Dana, Indiana, I was reminded of the National WWII Museum’s own Ernie Pyle treasures and felt compelled to share.

Pyle was perhaps the most well-known and almost undoubtedly the most well-loved war correspondent of the Second World War. He shadowed troops starting with some of the earliest US combat on the sands of North Africa in 1942, made his way through Sicily & Italy, and landed on the beaches of Normandy on D+1. Unlike many war writers, Pyle never shied away from the ugly truth of war or attempted to pretty it up for the sake of those at home. Rather, he told it like he saw it and won a 1944 Pulitzer Prize for his honest articles that focused on the experience of the grunts and dogfaces fighting for their lives and country in the mud instead of writing to boost morale on the Home Front. 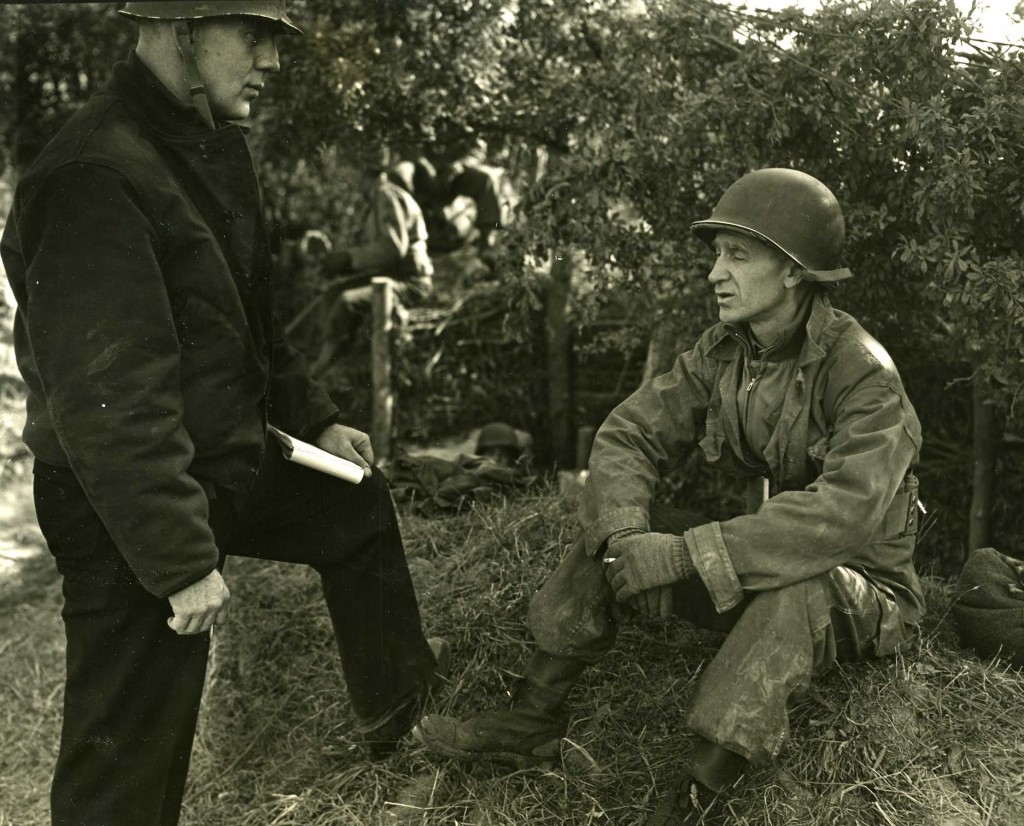 By his own request, he shipped out to the Pacific in 1945, covering the bloody Battle of Okinawa and shortly thereafter meeting his demise on the island of Ie Shima while on patrol with men of the 77th Infantry Division. He died from enemy machine gun fire. A small memorial was built at the site of his death, and his namesake graced planes, bridges, and buildings, thereby immortalizing the man who gave a voice to so many in combat overseas. 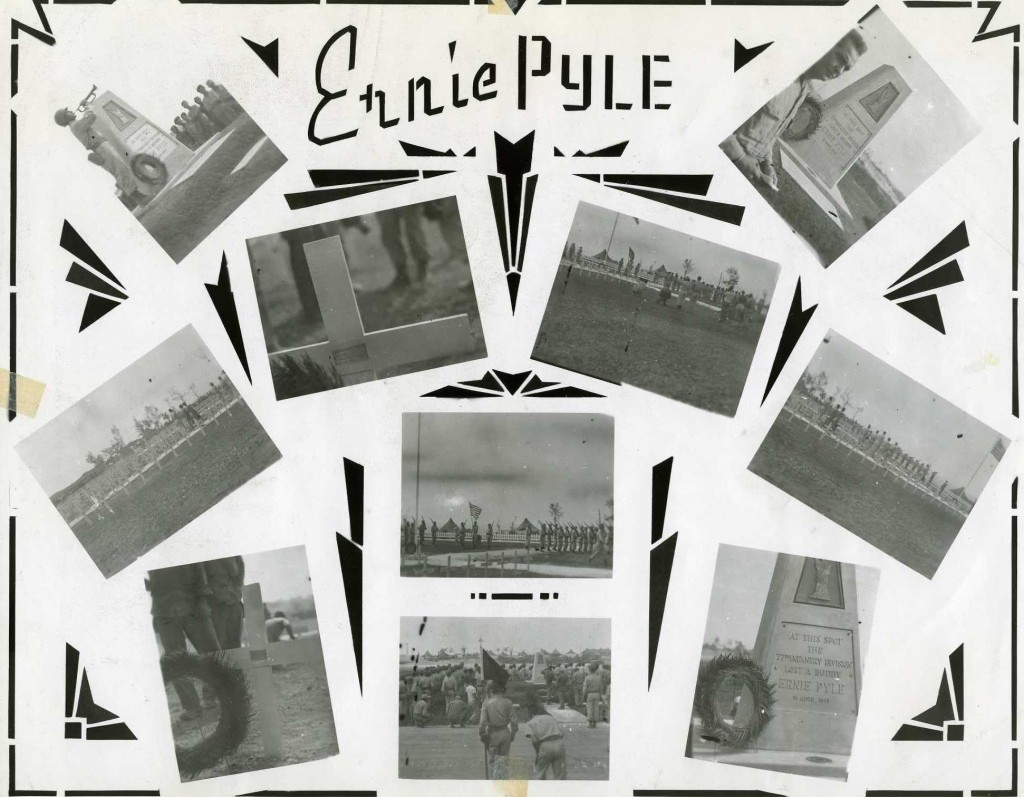 Collage of images of Pyle’s memorial on Ie Shima, likely a mockup for use in a unit’s history or newsletter. Gift of Dawn Lowe, National W