The Battle of Aachen 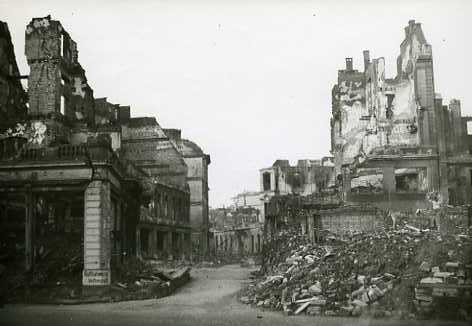 A scene in Aachen after the battle, demonstrating the extent of damage to the old city. [Gift of Virginia Teerlink, 2001.490]

On this day 67 years ago, American troops entered the city of Aachen where they would sustain heavy losses, but ultimately claim victory a week later. Aachen was the first German city to be captured by the Allies in the form of the 1st, 9th, 29th, and 30th Infantry Divisions, the 2nd and 3rd Armored Divisions, with elements of the 28th Infantry Division as reinforcements. The German commander there had planned to surrender the city as American troops neared and encircled it, but when this was discovered Hitler had him arrested and his unit replaced by three full divisions of the Waffen-SS, the most elite fighters Germany had to offer. The superiority of American artillery, as evidenced by the pockmarked remains of the city, was what allowed for American victory, though at a heavy price of 2,000 Americans lost and 3,000 more wounded. German forces surrendered on 21 October 1944 resulting in 5,000 new German prisoners of war. 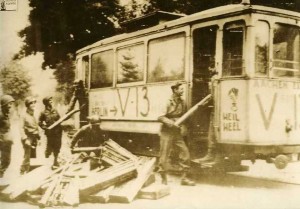 American doughboys load up a streetcar with German ammo before rolling it downhill where it exploded in the middle of a Nazi garrison in Aachen. This “secret weapon” has been used with notable effect in blasting the Nazis of Aachen from their dugouts. [Donated in memory of Linus P. Esnault, USAF and Walter D. Goldman, US Army, 2008.014.] 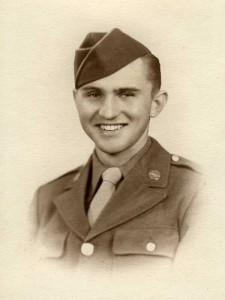 Sgt. Carl Greise emigrated as a teen from Zwickau, Germany to the United States. He was drafted into the US Army in 1943 and served his adopted homeland well with the decorated and battle hardened 1st Infantry Division. The 24-year-old was killed in actions to take Aachen on 8 October 1944. In a letter from the Army Effects Bureau, Carl’s widow was asked if she wanted to be sent her husband’s wallet, as it was mangled by the shrapnel that killed him and would be a “distressing” reminder of the loss of her husband. 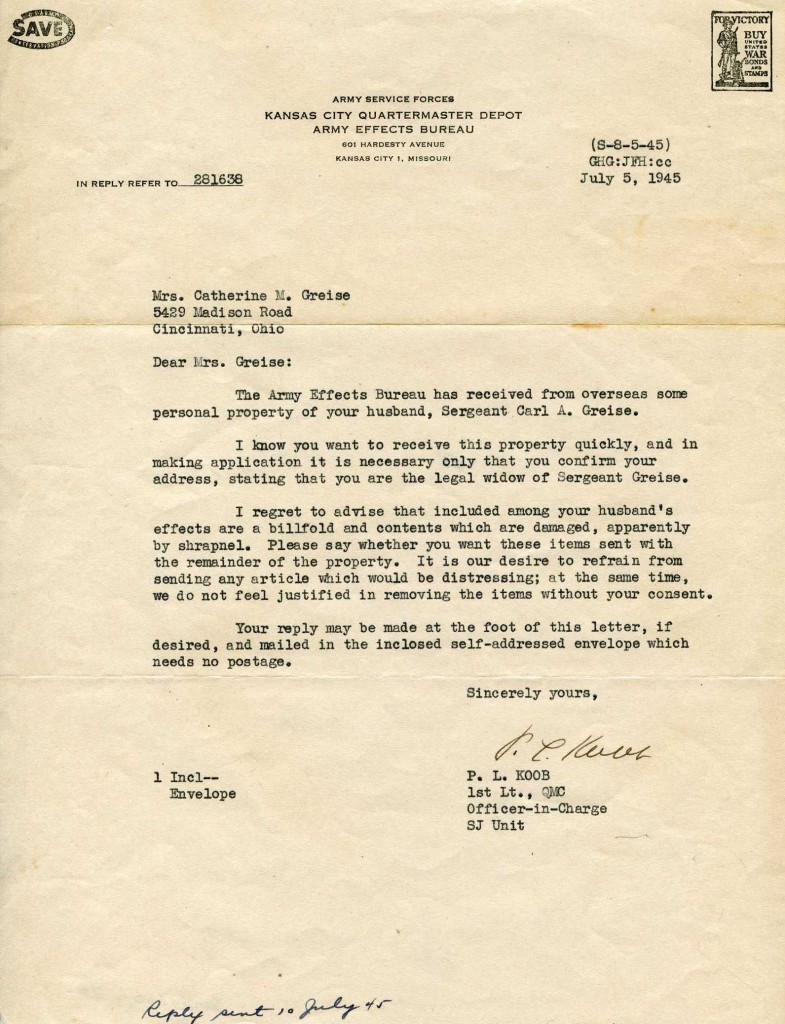 2 Responses to “The Battle of Aachen”

my uncle 2nd Lt.William A.Sarver fought and died at the battles in and aound aachen germany in 1945.he was a forward observer with the 67th field artillery battalion 3rd armored division.killed in april of 1945 one month to the day before german forces surrendered to the allies.

It is the tale of how one soldier climbed out of the dark pit of debilitating physical and mental injury to forge a path of spiritual resurrection and transformation for himself. Whether you are religious, spiritual, or simply concerned about the long-term effects of war, this book will inspire hope and renew your faith in what is grand and great about the human adventure.